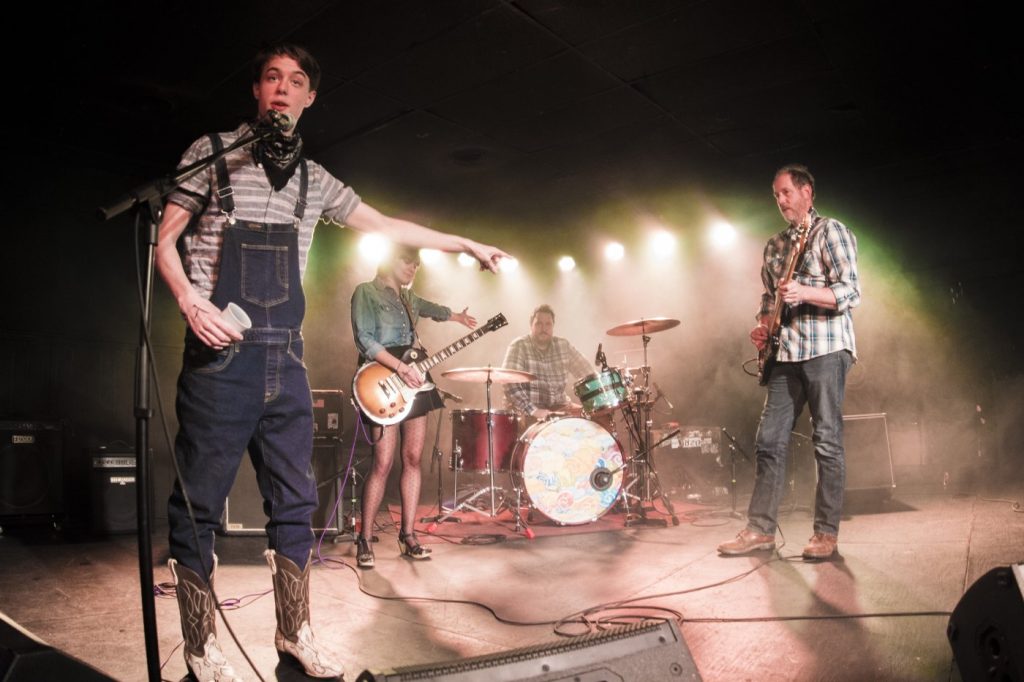 So  Farmers’ Ball was this past Friday (April 6th), and it was hosted by downtown Lawrence’s very own: The Bottleneck. To my immense surprise, no one was really dressed like a farmer and there was a noticeable lack of balls rolling around the venue. So if a Farmers’ Ball is an event that features neither farmers nor balls, then what is it? 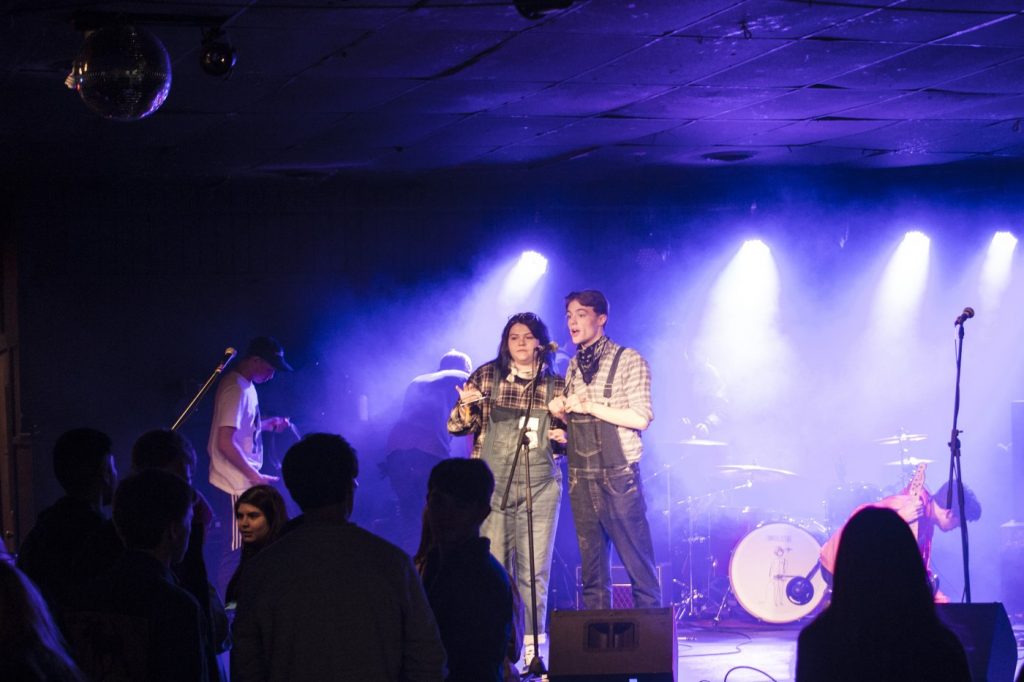 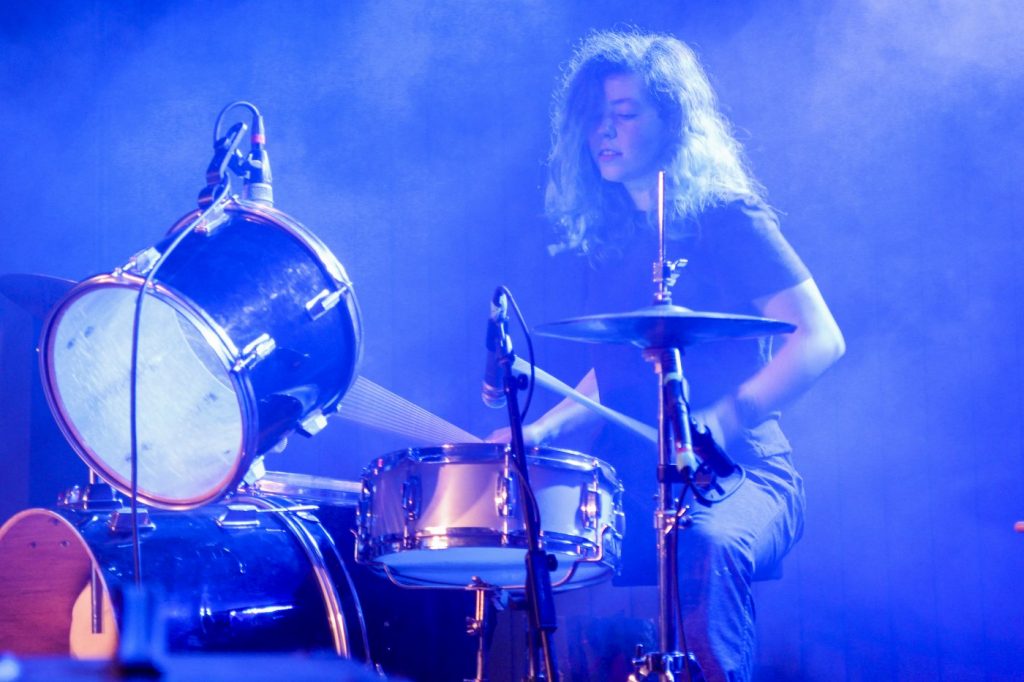 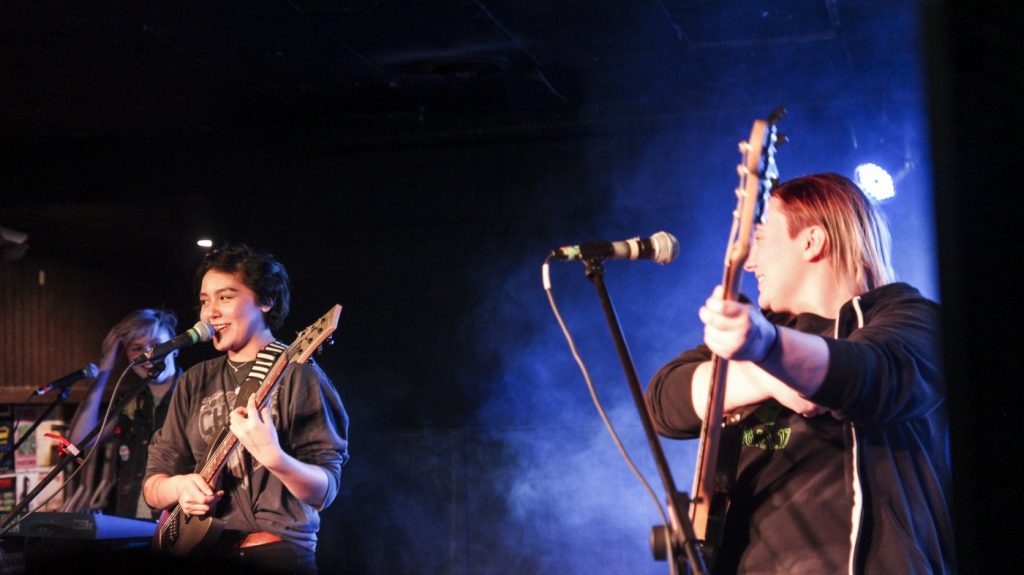 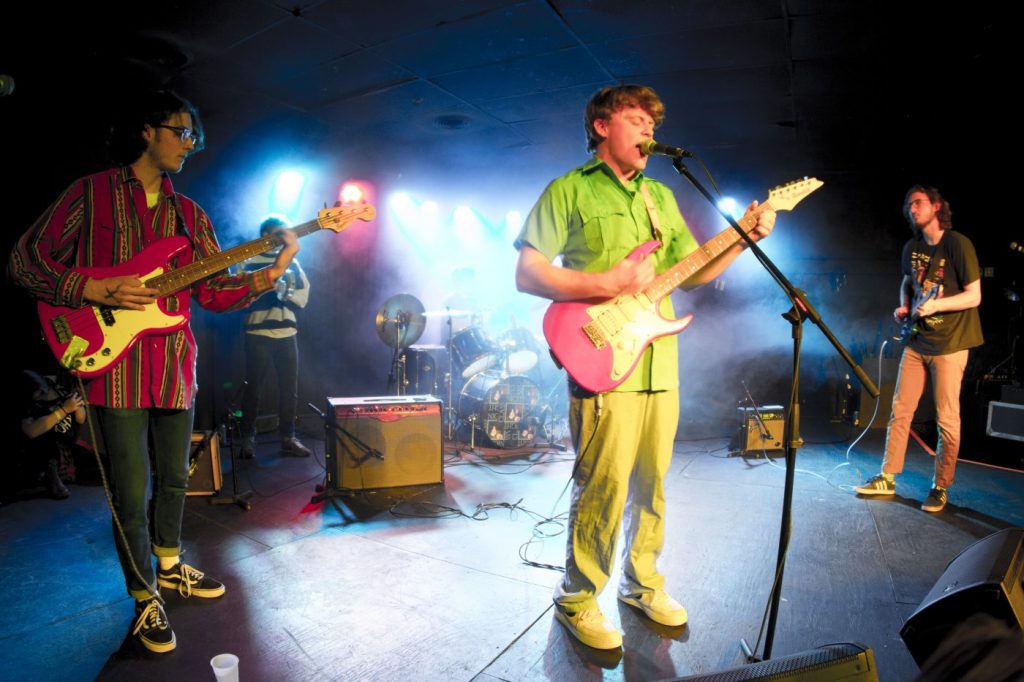 Well, it’s pretty much an extended battle of the 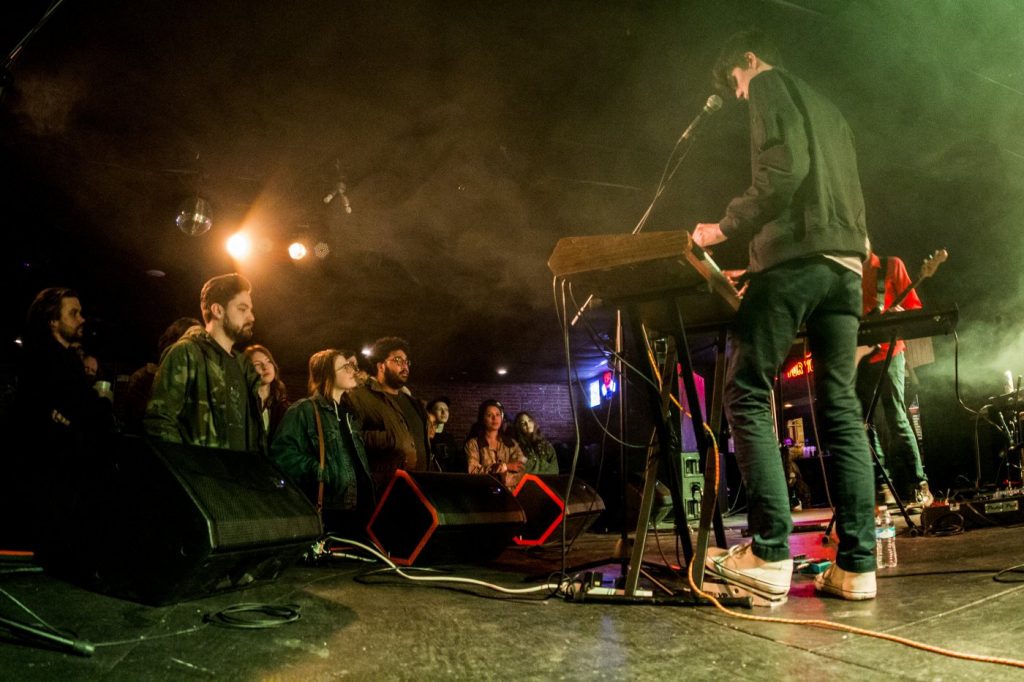 bands. Friday’s show was the semifinals round, and next Saturday (April 14th) will be the final showdown between the four finalists: MK Ultra, Brendan Mott, Shoebox Money, and Maybe Not. 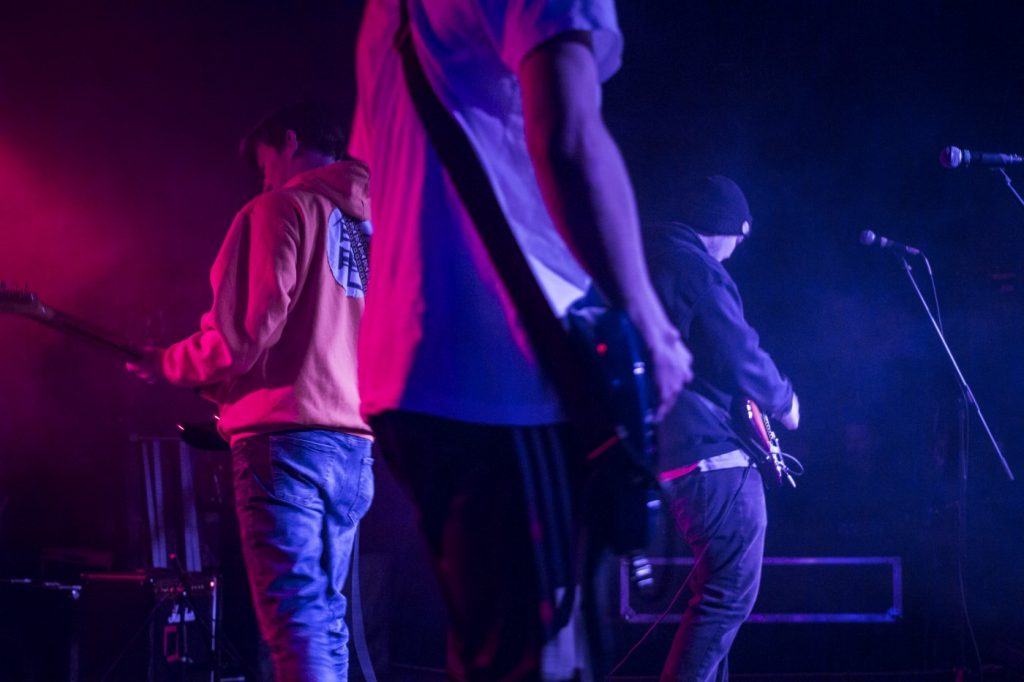 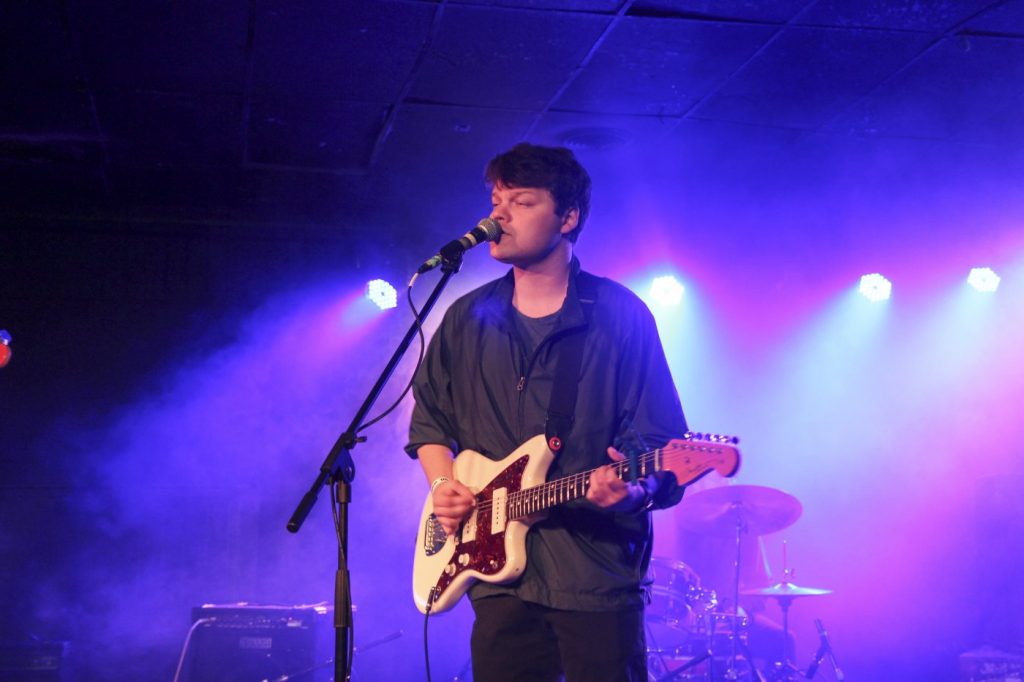 Each artist brought something new to the table, and they all gave praiseworthy performances. MK Ultra gave a confident, exciting show that, in my opinion, could be compared to the performances of Riot Grrrl and Bikini Kill. Brendan Mott is a solo performer, and his set was filled with unique and beautiful folk/punk songs. I didn’t even realize folk/punk could be a thing, but Mott proved me wrong. Shoebox Money gave one of the best performances I’ve ever seen in Lawrence. Their blues inspiration was apparent in their swingy rhythms, and they gave an electric performance. Now as for Maybe Not, well, all I can say is that their rhythm section was tighter than a short pair of overalls on a six-foot farmer. 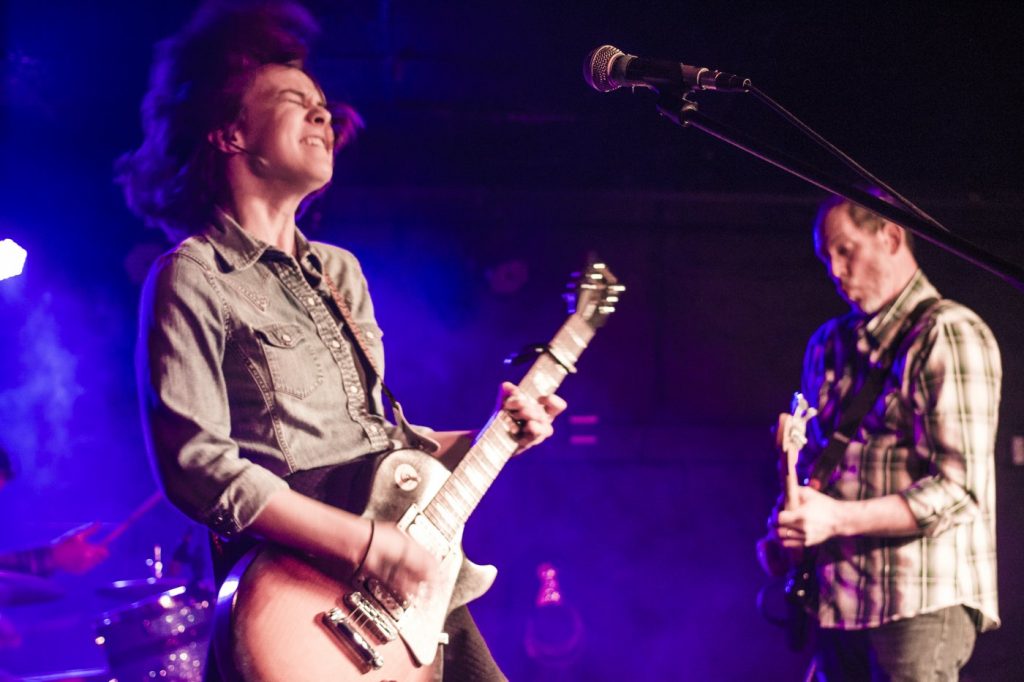 Speaking of farmers, when I said earlier that no one was dressed like a farmer, that wasn’t entirely true. KJHK and SUA’s own Kyle Wernimont and Mya Coberly donned overalls for their hosting job, but I’m fairly certain that they were the only farmers in the building that night. Maybe all the rock music scared the rest of them away.

Ultimately, the event was fun, packed with good music, and took place at an awesome venue. I look forward to Saturday’s event.

All photos were taken by KJHK’s Multimedia Staff 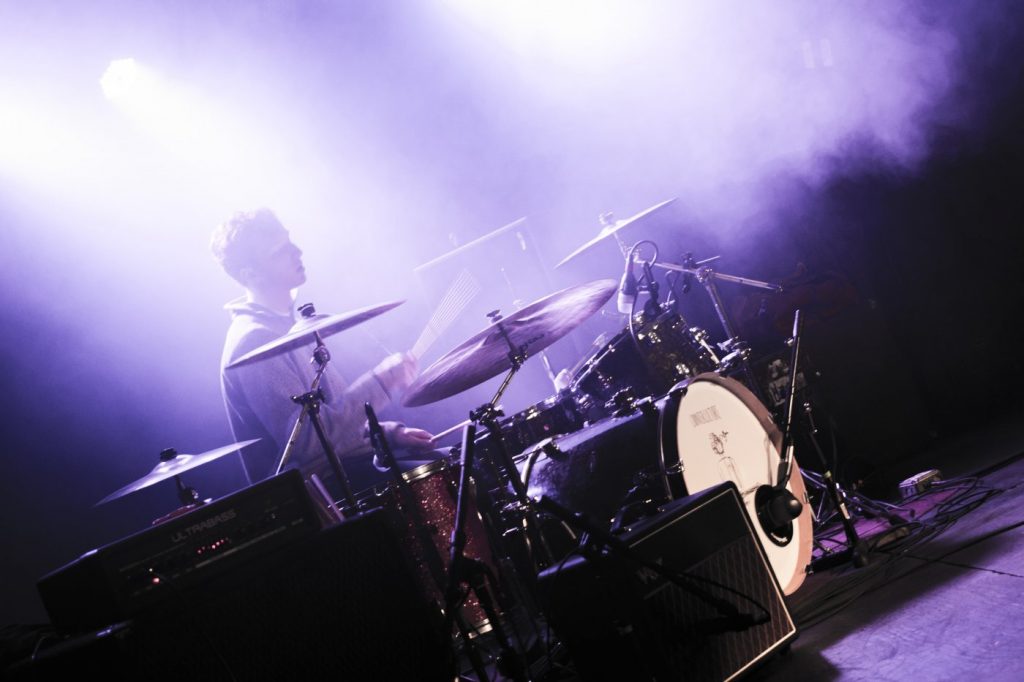