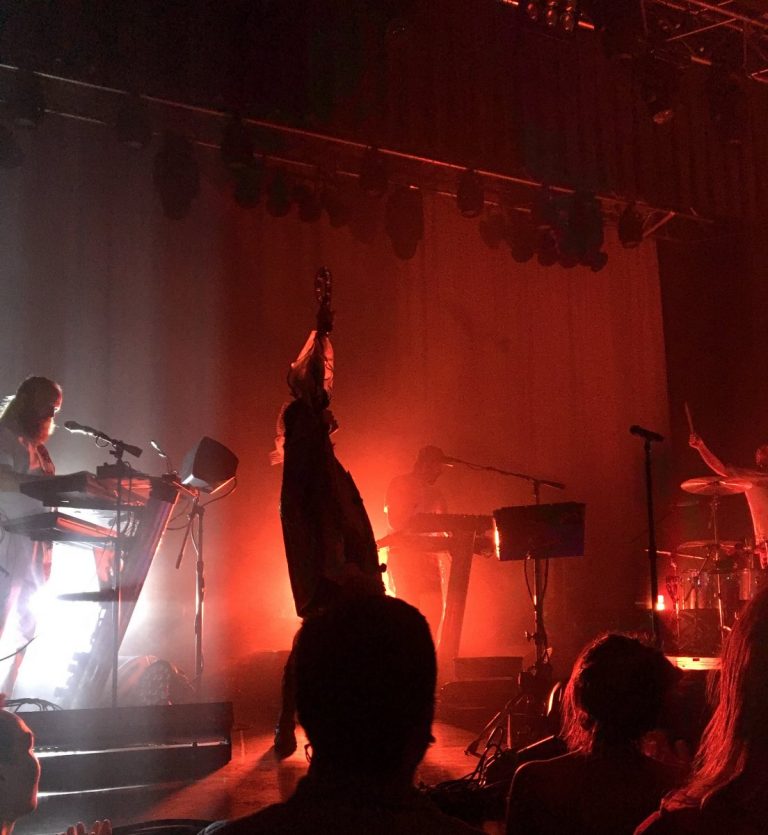 A Feast for the Eyes and Ears: Little Dragon & Vic Mensa @ the Voodoo Lounge

The last time I saw Little Dragon was around one year ago when they brought their electronic vibes and energy to Lawrence for a relaxed and groovy set that I still haven’t forgotten. So when I heard they we coming back around to KC with KJHK show alum Vic Mensa, it sounded like an unlikely, yet promising pairing. 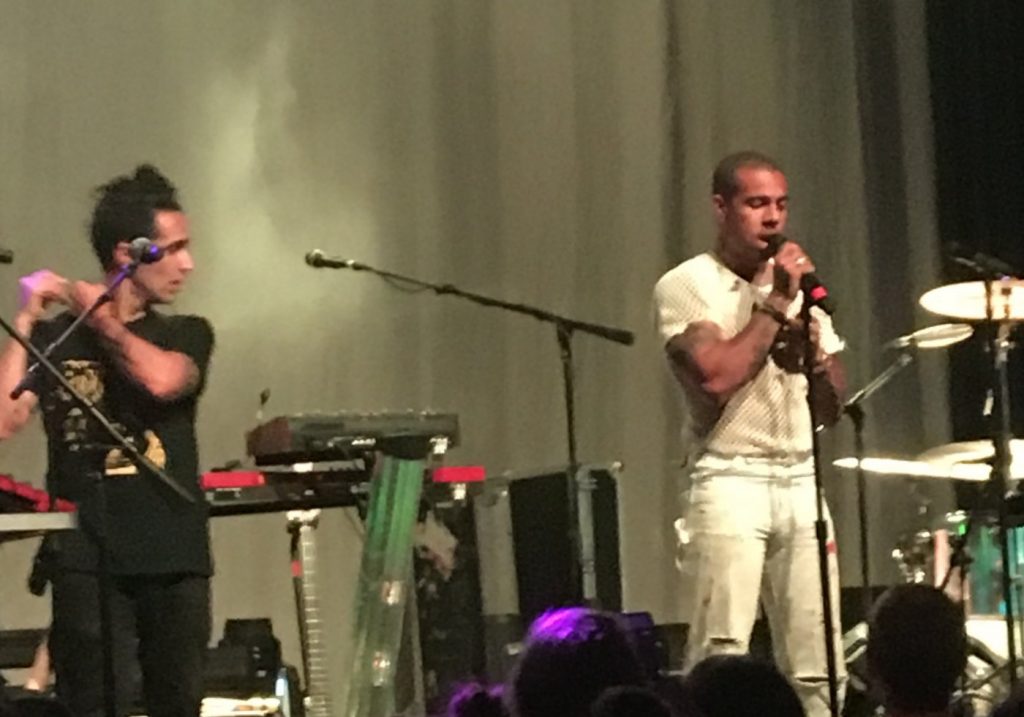 It certainly delivered on that promise, with Mensa opening to a somewhat lukewarm crowd that eventually couldn’t help but groove along with his blend of socially conscious bangers and effortless free flowing storytelling that had the crowd very much on his side by the end of his 30 minute set. Not only this, but he came out to the stage afterwards to sign autographs and talk with some fans who enjoyed the set. It was a nice gesture that really meant a lot to those attending.

By the time Little Dragon took the stage, the crowd and I were more than ready for an electronic show that would rock our socks off. In short: they delivered. Coming on stage in total darkness with minimal visuals, the group quickly launched into a danceable and downright groovy medley of both old favorites and new cuts off of their latest record that had everyone feeling the vibe in no time. Not only this, but the visuals were perfectly executed in their simplicity, and the lighting was used to great effect to keep a very eerie yet mesmerizing and inviting ambiance.

Yukimi Nagano, the groups lead singer, was very active on stage and made sure that the band’s presence was very engaging, donning multiple colored scarves and dancing around the maze of drums, synthesizers and lights, goading on other members and keeping everything running smoothly.

The group closed out the night with a lower key four track encore, complete with acoustic basses and even an accordion. This by no means meant that it was low energy however, and I think the crowd really appreciated the group’s ability to bring the energy level down a bit when they wanted to and still create an atmosphere that drew even Vic Mensa himself into the crowd for a short time.

Having seen them twice now, I can confidently say that the allure and energy of Little Dragon has not dwindled since I saw them last, and I hope to schedule a third visit to their world of electronic wonderment very soon. 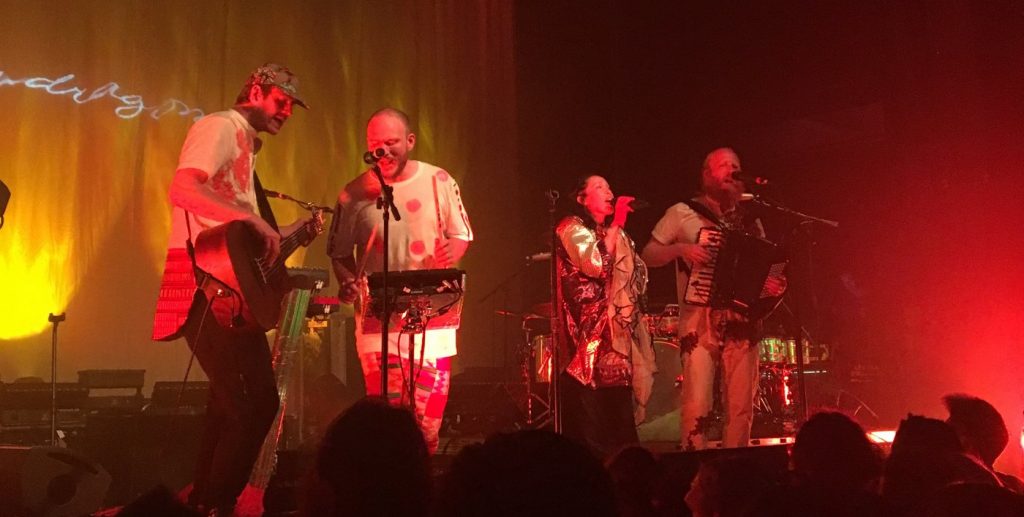