The Dynamic Duo: Cherub @ the Granada

Wow, what a treat. On Thursday I decided to accept a last minute offer to cover Cherub, the Electro-Indie duo straight out of Nashville consisting of friends Jason Huber and Jordan Kelley. I hadn’t heard of even the name, let alone a single one of their songs. However, the rest of the station was pretty excited that they were touring through the town. Their hit single Doses and Mimosas was playing intermittently in the studio, so I was able to get the gist of the sound they may bring. While I’m a good fan of indie genres, it seemed that they were a bit too EDM leaning, so I was unsure if I would like it and be able to write a good review. 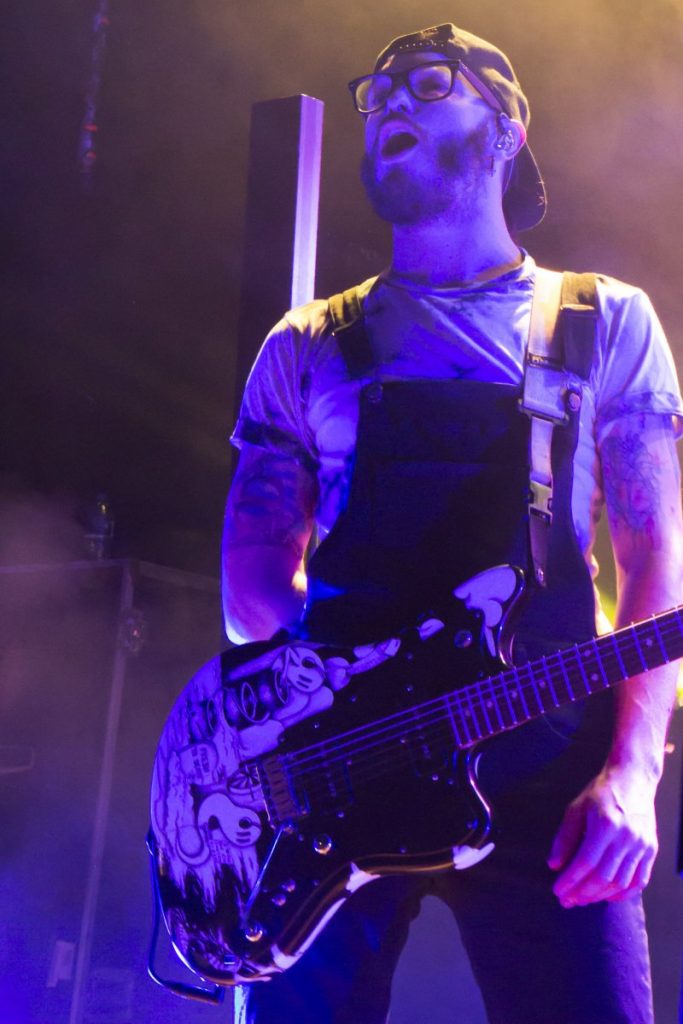 I was in front of the barricade well-equipped with one of our studio cameras when the lights dimmed to black. The opening note of Doses and Mimosas played through the Granada and the fans grew into a great ovation as both guys approached their mic stands. I always like when small bands or artists start off sets with their one big hit. It always seems to get the concert off on a high note. Speaking of high notes, what a good way to start a song. I love that high pitched style of singing on this song that leads into that equalized pitch on the chorus. Though I quickly realized that it’s kind of a recurring sound because the songs following seemed to blend in seamlessly with another. The interchangeability did not diminish the amount of fun I was having though. I sort of liked how solid of a sound they had as it made it easier to idly enjoy the environment and stage show they brought to the Granada.

As the concert progressed, I took more and more notice to how Jason and Jordan were presenting themselves. It seemed that Jordan’s entire body was parallel with the mic stand with only an inch apart. It gave off an extremely personal performance for the majority of the songs. As he played the guitar I felt like the back of his hands must be touching the stand. Jordan was clearly enjoying every bit of the concert. While not singing he made it a point in his fan interactions to do this interesting E.T. thing where he simply extended his pointer to touch tips with fans’ fingers. He, along with Jason, had matching energy as they roamed around the stage playing the guitar facing each other. There were definitely some parts where it brought a smile to my face seeing how much they were getting into their performance. His singing had the classic indie pop feel to it as the equipment elevated the pitch for him. I would love to see an acoustic set to see how well he could match pitch.

I started with Jordan because I wanted to end the description of their performance by praising Jason.While Jordan had just his guitar to focus on, Jason was juggling a myriad of instruments and duties. Jason was constantly in a power stance, whether he was playing the electric drum, guitar, singing or his launchpad. This dude didn’t seem to get a break at all as he was directing and being the architect of the special effects. He had incredible stage presence and showed it, in part, through how he was transitioning from one instrument to 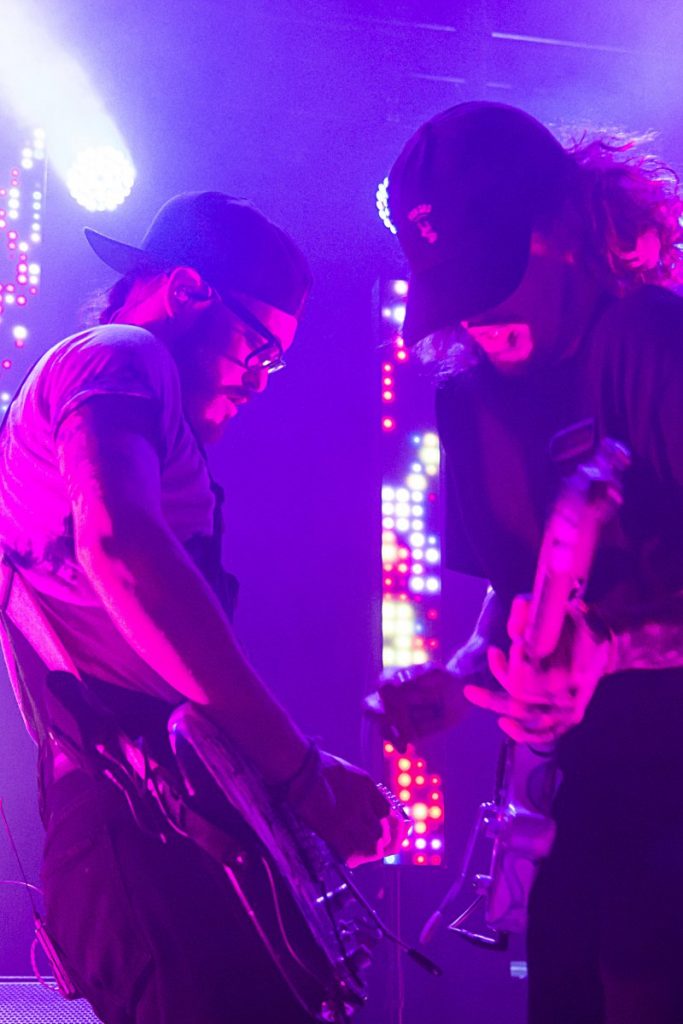 another. At one point it looked like he drew the guitar (or maybe it was the bass, like I said dude was playing everything) back, swung it across his body and onto his back, and, in one fluid motion, took out two drumsticks and seamlessly started banging on the electric drums. It was pretty awesome. During another part, the power source on part of his equipment failed or died, causing him to have to tune his modulator again. In a hilarious exchange, Jason looks at Jordan and asks him to play a C note. Jordan’s paraphrased response of “Man, I don’t know how to read music, I just feel it and do the thing.” Jason tunes the modular with a simple tuner and the show continues. I could just be imagining things, but it seemed to really show the dynamic of the duo pretty clearly.

Addressing the music itself is pretty straight forward. I thoroughly enjoyed their music and is exactly what I would want in this type of concert. In an indie pop concert I want to be able to smile, dance, and sing along to the easy-to-remember chrouses. For better or worse, that is what Cherub provided: danceable and enjoyably-poppy music. I was enjoying myself throughout the concert and even learned a few things. During one song, I look up and see a weird clear tube inside of Jordan’s mouth. I legit thought that it was a camel-pak or something. Turns out it was a talk box, some piece of equipment that warps the singing by directing the sound from the instrument directly into their mouth (I learned about it that night, feel free to drop a line if I’m totally misunderstanding this awesome effect). I was blown away as I have never seen anything like that, which, if they are actually pretty popular, just shows how out of the loop I am. Now this may be a staple piece of a equipment in this genre and I would have no idea. It’s the first time I saw it and thought it was pretty cool analog way to affect the sound. Their use of that piece of a equipment was pretty impressive to a casual listener like me and it added to the rest of the technical talent that Cherub was bringing that night. 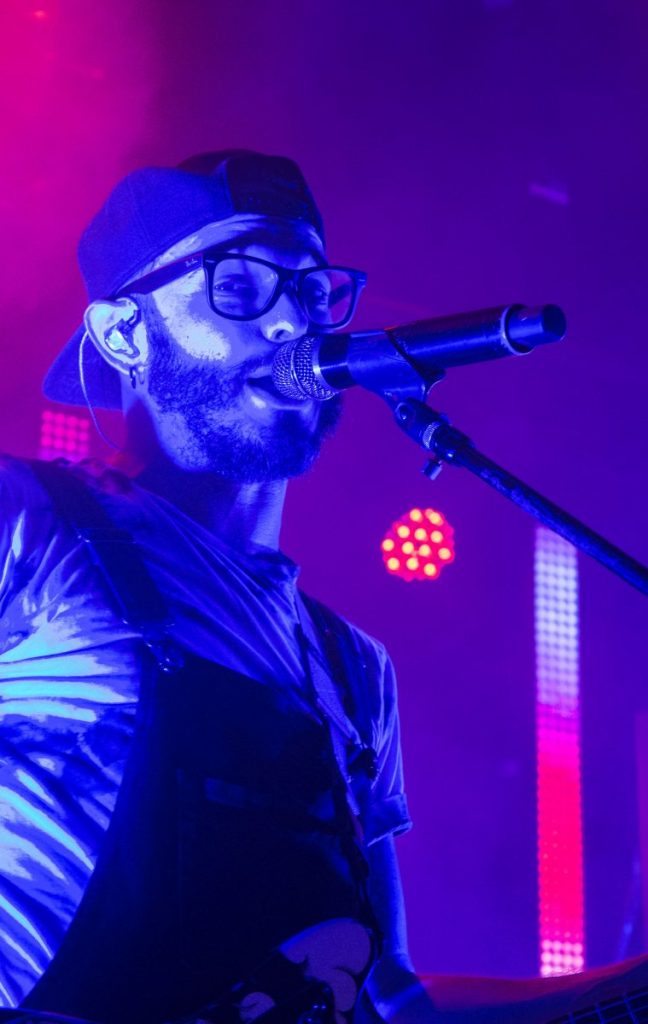 Overall, while not my go-to type of music, I quite enjoyed this duo. Their energy and interaction with the crowd were key reasons why I enjoyed it rather than thinking “These songs are interchangeable and bland. I’m not enjoying myself.” I hope nothing more than their continued success and I hope to have them in the KJHK studio one day for a live performance.