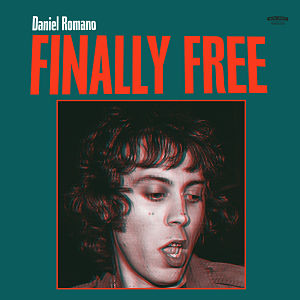 Canadian Juno-nominated artist Daniel Romano recorded his third full-length album of 2018 on a 4-Track Tascam cassette recorder. Finally Free is a witty commentary on the supernatural world and was released on November 30th of 2018.

Romano’s portfolio spans from leather craftsman, independent record label partner, poet, indie rock band member, to folk star. With all that said, you may not know what to expect from Finally Free. Growing up with folk musician parents and being sonically surrounded by vintage country has had its influence on him, but in Romano’s 12th album, his varying life experiences seep in. This gives the album a more evolved, yet more stripped-down, sound than previous releases like 2013’s Come Cry With Me.

2016’s Mosey added a healthy dose of 60s-70s pop to his signature Nashville sound. Finally Free continues to stray from a traditional folk sound and ends up sounding like a psychedelic indie rock album that Romano says is “always dedicated to the freaks.”

The third track, The Long Mirror of Time,” says that the mirror is “in-fact not a mirror but a passage of prisms.” While other-worldly lyrics discuss floating babies and purple tides, Romano keeps coming back to the idea that the mirror of time “reveals the prism faces but not mine.” It is a song for people who can’t relate to the monotony, feel hidden in the shadows, or just appreciated some badass organ playing.

The closing track, “There Is Beauty In The Vibrant Form” takes us through nature’s treasures. If you have ever spent a significant amount of time in nature, you know the feeling of getting lost in the beauty. This track, and honestly the whole album, provides a similar feeling in its soundscape.

Some songs soar, while others fall into the background. That being said, Finally Free flows from track to track, creating a cohesive album that is just as insightful as it is mystical.

Recommended If You Like: Jeff Tweedy, The Jayhawks, The Nude Party
Recommended Tracks: 3 (The Long Mirror of Time), 1 (Empty Husk)
Do Not Play: None
Written by Miranda Roberts on 03/07/2019