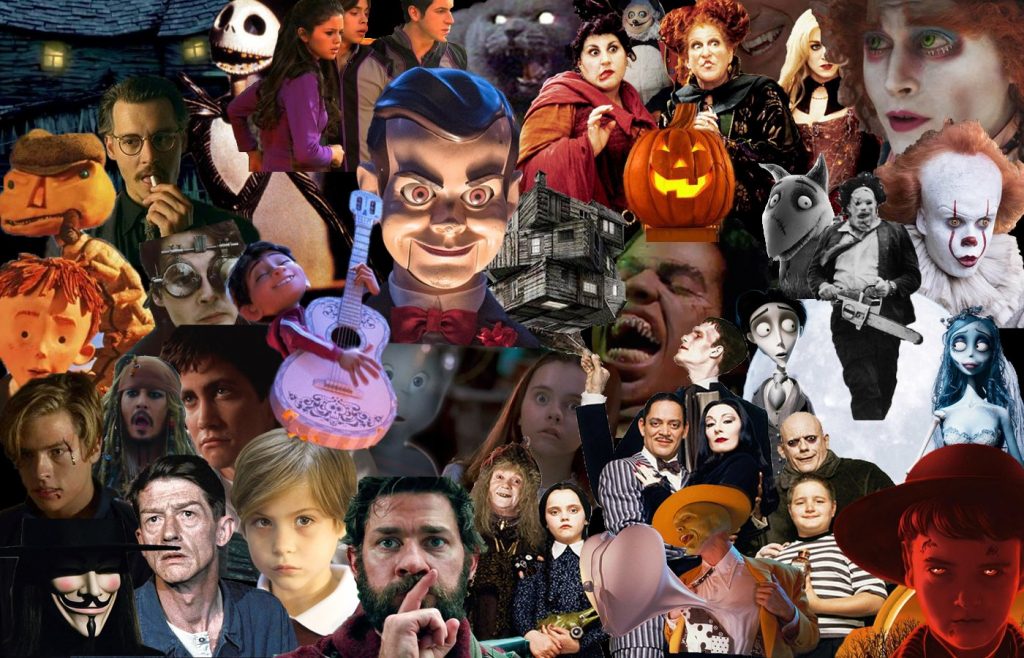 Excited for October? Hunting for the perfect movie to watch on a cold evening? Well, have I got a list for you! Each film, carefully curated, includes a recommended song related to the film. At the bottom, you can find a link to a Spotify playlist that includes all 31 songs.

Disclaimer: I include far too much Tim Burton in this list for anyone’s own good. However (and I stand by this statement), Burton may well be the king of spooksville. Enjoy.

Listen to the playlist on Spotify!