Thank you to all who wrote to the Crimson and Blue Squatch Watch email hotline. Your responses and bigfoot sightings have been invaluable in our search for Bigfoot, which is sadly ongoing. However, through the witness reports you Squatch Watchers submit, we can narrow down the places that Bigfoot frequents. This is very helpful in our search for and study of Bigfoot.

Listed below are the bigfoot sightings recently reported. The witnesses have been kept anonymous at their own request.

The CBSW also set up several surveillance cameras around Lawrence. Since our last update, we have been lucky to capture Bigfoot twice. 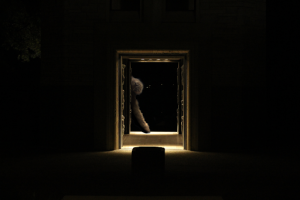 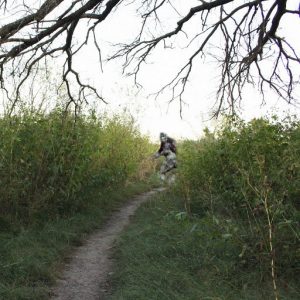 This is a current map of Lawrence that the CBSW has compiled with pins indicating where Bigfoot has been sighted: 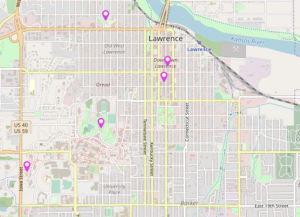 The list of evidence is only growing. Usually, Bigfoot won’t stay in an area for long, but he seems to have made Lawrence his current home. From the evidence above, we know that he has the interest and the capacity to participate in human civilization. Our goal here at CBSW is to enter a joint media deal with him. But in order to do so, we must find him first. Please continue to send any and all Bigfoot sightings to the Crimson and Blue Squatch Watch email hotline.