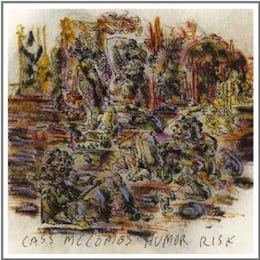 Cass McCombs has been a busy man this year, with “Humor Risk” being his second album of 2011. While the songs themselves are sonically all very different, ranging from guitar chugging (track 1) to minimalistic instrumentation with a focus on vocals (track 8), the album is tied together by McCombs’ lyricism, which can be considered both confounding and profound. The songs are accessible but I don’t think anyone will ever understand the true meaning behind the lyrics, if there are any. It’s part of the appeal of Cass McCombs in general; the air of mystery is intriguing and so is “Humor Risk”.