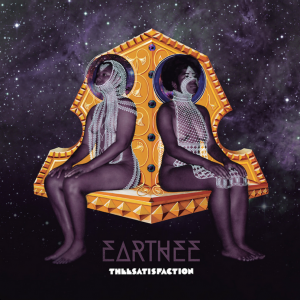 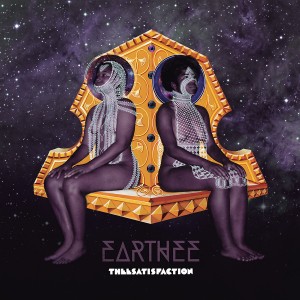 EarthEE is the second studio album from Seattle’s soul/hip-hop darlings THEESatisfaction. The duo consists of rapper Stasia Irons and singer Catherine Harris-White who met and formed at the University of Washington in 2008. The group was discovered for their work with Shabazz Palaces and was signed to Sub Pop Records in 2011. THEESati sfaction released its debut album on Sub Pop titled awE NaturalE in March of 2012. Having toured extensively after their debut record, “Stas” and “Cat” waited two years to write their sophomore album.

The album gets started with “Prophetic Vision,” a soulfully-psychedelic journey into space or so the album artwork would lead us to believe. “Non GMO” follows that with an electronic/hip-hop instrumental that sets the tone of EarthEE. “Fetch/Catch” is one of the best songs on the record that really blends the soul/R&B side with the electronic/hip-hop side. It really showcases the group’s versatility and complimentary contribution to their style.

It’s easy to recognize a few political messages here and there whether it’s the title track “EarthEE” or “Post Black Anyway.” Stasia spoke in an interview about the writing process behind “Post Black Anyway” and summarized it as a track that highlights all the social progress that has been made in America in the past year in regards to race. The second-to-last song on the album titled “Recognition” is another gem that starts with spoken word over an instrumental and turns into an electronic state of cosmic bliss.

THEESatisfaction continues to blur lines in between genres and put forth bold ideas through their music. They are set to embark on a tour for EarthEE will fellow Sub Pop artist Sleater-Kinney in mid-April of this year.