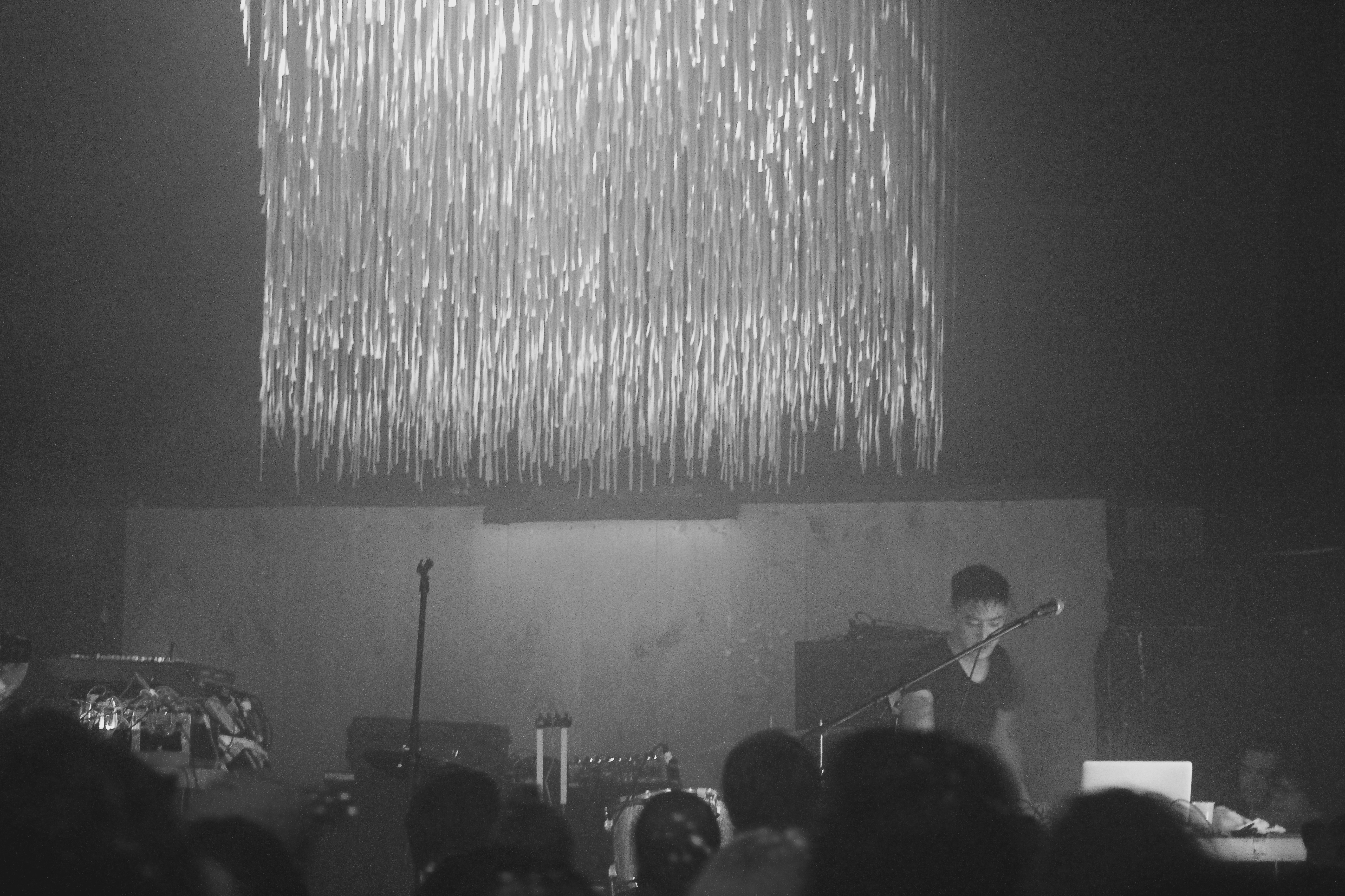 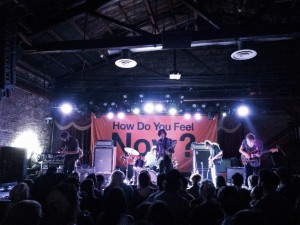 The first night of CMJ Music Marathon kicked off with the Syndicate showcase featuring Brooklyn band Oberhofer. Named after singer/guitarist Brad Oberhofer who moved east from Washington to study music composition at New York University, the five-piece band recently released their sophomore album Chronovision. The band released an exclusive stream of the album before its release through a few select radio stations nationwide, including the friendly folks at KJHK!

Their brand of indie-pop and surf rock fit the night well as the group looked comfortable and in form at their hometown hybrid bowling alley and rock club Brooklyn Bowl. The band’s passion and precision captivated Tuesday’s crowd as the stage’s back drop read: How Do You Feel Now? Signed to Glassnote Records, Oberhofer is label mates with Chilidish Gambino, Phoenix, and Kansas City-based duo Madisen Ward and the Mama Bear. 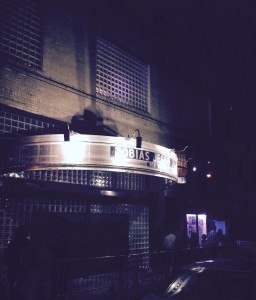 Canadian indie-rock singer/songwriter Tobias Jesso Jr., fresh off the release of his 2015 debut album Goon, brought his band and charisma to the stage of the Music Hall of Williamsburg Wednesday night. Released via True Panther Sounds, Goon was released this past March. After sending a demo to current label mate and Girls bassist J.R. White, Jesso’s first demo was released in 2013. Goon was produced in part by White, Patrick Carney of The Black Keys, and John Collins of The New Pornographers.

Jesso was accessible and vulnerable in front of the Brooklyn audience and exuded a calm, loose demeanor. He was candid with his fans and retreated to stories from a time in his life before his current fame in between songs. Jesso, who started with the bass guitar, spoke of a time when he lived with his parents as a 27-year employed by a moving company and moved onto writing and recording songs using piano and guitar.

The Vancouver native has gained acclaim since his debut and even appeared at Pitchfork Music Festival in Chicago over the summer. He covered the must-see track “Without You” and encored with “How Could You Babe,” but not before obliging an audience member’s request for “Tell The Truth.” Joined on stage by backing band Duk and with support from Wet, Jesso will finish out his tour in Los Angeles at the end of October. Michigan native Zach Saginaw, who performs under the name Shigeto, made his one and only CMJ Music Marathon appearance count Thursday night with a relentless, dedicated set at the beloved Brooklyn venue Cameo Gallery. Despite announcing that it will be closing its doors in November, the venue was, as always, an integral part of the CMJ festivities. Shigeto shared the vibrantly illuminated Cameo stage with a list of fellow Ghostly International artists at the label’s showcase including Lord Raja, Michna, and Xeno & Oaklander.

The Ann Arbor label had plenty offer, but the crown jewel was Shigeto. Though performing “live” might not sound like anything special, for Saginaw that means commuting not so conveniently back and forth between his drum set and his computer during the entire set. Combining an admirable mix of live production and instrumentation, you’d be hard pressed to find a musician that works harder on stage.

The Cameo was, in essence, a sauna as the venue filled to capacity with New Yorkers and college kids from around the country who began to shed their layers once inside. Shigeto left no stone unturned, touching on all of the quintessential tracks from his discography like “Detroit Part 1” from No Better Time Than Now and “Ann Arbor Part 3 & 4” from Lineage.

Named after the William Shakespeare tragedy, Merge Records artist and New Jersey-based band Titus Andronicus played their only set of CMJ Music Marathon on Friday night at Polish community center and Brooklyn venue Warsaw. The band’s showcase came with support from fellow Merge artists Ex Hex and Spider Bags, and marked the end of the month long tour for the band’s fourth full-length release and self-proclaimed “rock opera” The Most Lamentable Tragedy.

The six-piece punk ensemble started the set with a lively cover of Thin Lizzy’s “The Boys Are Back In Town” and praised the city of New York for its fans and established music scene. Lead singer and guitarist Patrick Stickles told the crowd it’s great to be back in town and called Warsaw “a wonderful cornerstone” of New York.

With three guitars, bass, piano, drums and every member belting out the lyrics, a rock opera was indeed in order. The energy in the room was palpable but Stickles urged fans to respect one another whilst moshing in front of center stage. The Warsaw general admission and balcony areas accommodated a hearty crowd for the premier Friday event of CMJ 2015. Though the band’s road weariness was somewhat evident, Titus saved the best show of the tour for last.