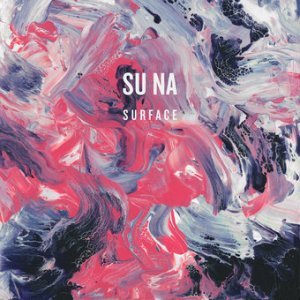 In this day and age there is a nice steady stream of quality electronic RNB pumped into the musical world. This album is another one of those contributions. Su na’s Surface lands on the more soulful and chill side as opposed to the trap-esque hyped side. As is tradition, smooth vocals commonly combine with overpitched vocal samples and minor synth/Rhodes chords. Huge basslines and crisp, concise drum patterns appear with every other chorus. Sidechaining ensures that the already gigantic bass drum is presented in a more dramatic manner. All of the things that make the genre pleasing are there, but the album feels like it’s lacking in the creativity department.

Though Surface is a good listen, there isn’t much to convince me to listen to the album more than two or three times. Everything is cleanly produced and professionally presented, but not much separates this album from the rest of the rabble. That being said, the rabble has a good mindset and churns out great tracks. “Exotic” features Lord Apex laying down a solid rap on top of a beat with a unique, swelling ambience in the background. “Tell Me,” “Complexion,” and “Depart,” are paced well and excellent vocal talents. I usually would comment on the length of such a short album, but I feel as though the 16 minutes was fitting. The whole thing was to-the-point but still comfortable. Like a good short film, the point of the album had to be relayed with more efficiency because of the shorter run-time.