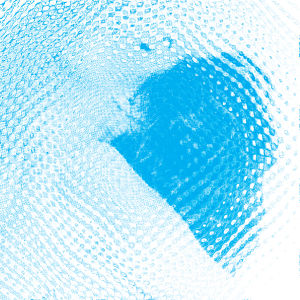 Birmingham, Alabama is an unusual place to harbor any kind of alternative music, especially that of the caliber that is the shoegaze trio, Wray, whose sophomore album, Hypatia, has garnered national attention just a little over a month after its debut. The group signed to Communicating Vessels in 2014 for their self-titled debut as well as for Hypatia and are, rightfully, the label’s most beloved band. The trio is comprised of tenured Birmingham musicians David Brown, David Swatzell, and Blake Wimberly that have, as a result of their recent success, made the leap of faith to becoming full-time musicians; abandoning their nine-to-fives to fully explore the potential within their washed-out, reverb-saturated world.

Hypatia is comprised of eleven original tracks as well as an energized cover of Faust’s “Jennifer.” As a whole, the tracks are all distinct yet extremely similar in tempo and timbre. The use of repetition and subtle variation throughout this album, be it harmonic or rhythmic, is a hallmark of shoegaze music and in Hypatia, Wray uses this to their advantage. By stretching out nearly identical drum beats, strumming patterns, and tone across all twelve tracks, this gives the album a very intentional mood; something which their debut album lacked. All of the guys seem to have a solid understanding of their own parts and where they fit in the group. There is a very distinct blend happening, the driving bass and drums are tidally locked and the guitar shimmers on top and in-between. The washed-out vocals weave in and out of focus while the harmonies, though scarcely used, fill in the remaining space.

While a few of the songs seem drawn-out and lackluster, there are definitely stand-outs. The title track, “Hypatia,” is hands down the best track on the album. The main vocals and harmonies are haunting and are complimented by the occasional single-line guitar riff. Other tracks to listen for are “May 23rd,” which has some wailing fuzz-guitar riffs, and their cover of “Jennifer” by Faust, which captures the obscure essence of the song while injecting a dose of their own subdued yet upbeat sound.

Wray, with their rising success, is definitely an artist to keep a look out for. With Hypatia it seems that the group is finally settling into their own sound: hypnotizing, dreamy, and subconsciously catchy.

Recommended If You Like: Wild Nothing, My Bloody Valentine, Swervedriver