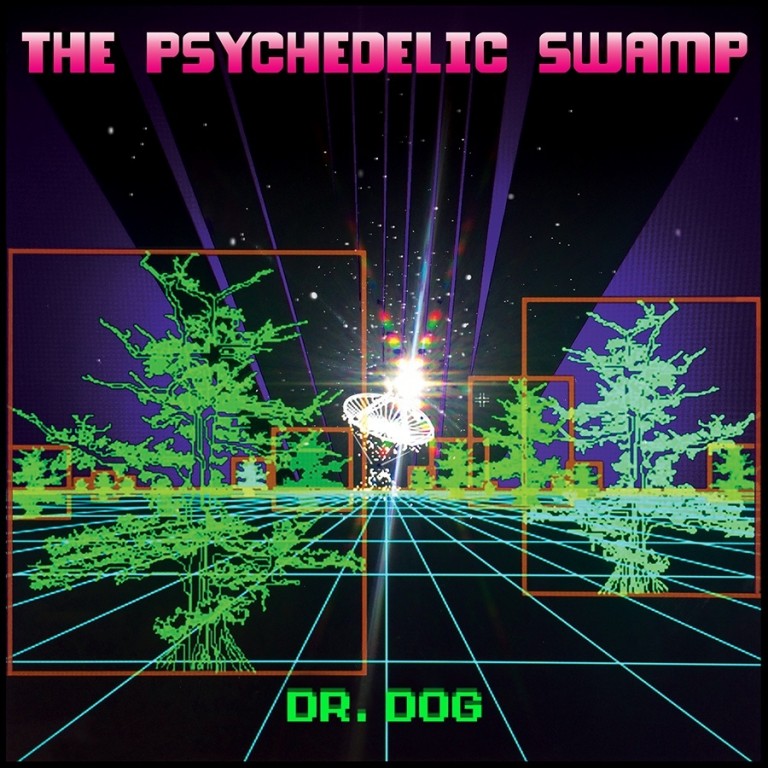 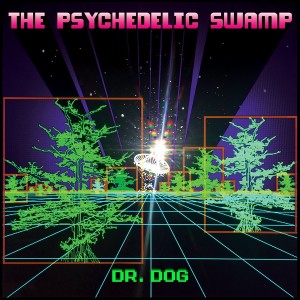 ​Dr. Dog’s newest release, The Psychedelic Swamp, actually existed before there was anything called Dr. Dog. The band’s ninth studio release is a re-imagined version of a tape produced in 2001 by members Scott McMicken and Toby Leaman, and despite the material being 15 years old, this new release is wholly consistent with what we’ve come to expect from the Philadelphia band: shimmering guitars, layered vocal harmonies, hooks galore, and enough scuzz, glam, and synth to keep things bouncing along.

The album’s sounds are a bit more varied than other Dr. Dog releases, as the group seems to have indulged in the music and imagery of ’80s video games. Songs like “Bring My Baby Back” and “Holes in My Back” recognize this influence, but they are equally conversant with The Flaming Lips and Electric Light Orchestra, whose dreamy imagery and soaring orchestrations seem to have influenced many of the songs on The Psychedelic Swamp. At other times the group seems to tap into Sgt. Peppers-era Beatles (“In Love”) and choogling Black Keys-by-way-of-T-Rex stomping blues-glam.

This isn’t Dr. Dog’s strongest effort, as there are a number of listless ballads that seem to peter and fizzle, but at its best, such as on the Kinks-inspired “Good Grief,” The Psychedelic Swamp offers a fine complement to Dr. Dog’s already impressive catalog—an acknowledgment of a band’s eclectic past and a worthy affirmation of its ever-evolving present.

Recommended If You Like: The Flaming Lips, Electric Light Orchestra, T-Rex, My Morning Jacket, The Kinks