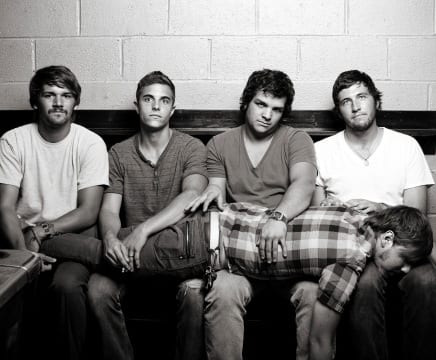 Long-term plans, and where the name ‘O Giant Man’ actually comes from.

O Giant Man, one of the several bands playing at KJHK’s Sept. 16 show at the Jackpot, recorded a few songs for Ad Astra Radio on Wednesday, Sept. 14. Take a listen to two of their songs — plus one from one of their side projects, Miss Brown — as well as their interview with KJHK News’s Nick Curry.

Christopher Robbins and Rick Schulenberg of O Giant Man speak with KJHK Arts and Culture Director Nick Curry about the songs they recorded at KJHK earlier that evening, the band’s long-term plans, and where the name ‘O Giant Man’ actually comes from.
[jwplayer mediaid=”969″]

This one is about growing up, the inner child, and sometimes giving up. But just sometimes.
[jwplayer mediaid=”970″]

Check out this song from Chris Robbins’s side project, Miss Brown.
[jwplayer mediaid=”968″]