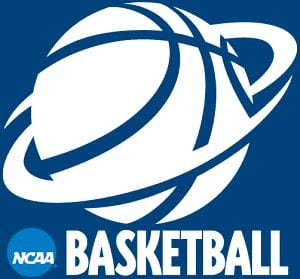 New Orleans, La. — The first time Kevin Young saw his new team scrimmage last summer he stood in awe. The Loyal-Marymount transfer had been used to playing “rec ball”, but it was nothing like the structure the Jayhawks were using. There was flow, precision and success. It was during his gawking that one of the players came over and laid down the rules for the newcomer. 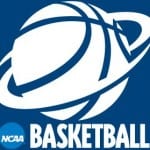 “Tyshawn [Taylor] pulled me to the side and let me know how things were,” Young said. “He said we win here, this is what we do, and if you want to be a part of this you have to buy into the system and do things the way Kansas does it.”

Four years ago it would have been hard to imagine those words coming out of Taylor’s mouth. It would have been hard to imagine it three years ago, and maybe even two, but one of the most controversial players in Kansas history found a way to stop immaturity from overshadowing his career and start becoming what this year’s Kansas team needed most: A leader.

It certainly wasn’t a trait that the Kansas coaching staff considered while recruiting Taylor. In fact assistant coach Kurtis Townsend was sure that Bill Self was bringing in Taylor for nothing more than his on court contributions.

“I wasn’t sure about his leadership qualities from what I saw,” Townsend said. “But I was very convinced about his talent.”

It was Taylor’s talent that drove fans crazy over him. His freshman year he started all but two games at guard while Sherron Collins handled the point. By all accounts Taylor surpassed freshman expectations averaging 9.7 points while Collins and Cole Aldrich did the heavy lifting.

But after that year things began to spiral downward. Taylor had received suspensions from the team, and was noticeably concerned with the amount of fan support — or lack thereof — that he was receiving. Pressure only mounted when Collins graduated and Taylor took over running the offense.

Taylor gave the ball up 97 times last season, earning him a new nickname, “Turnover Tyshawn”, and it’s one that carried over to this season. Taylor’s confidence and speed often can get him in trouble, and when he does it’s common to see the ball go the other way. So when the fans would get on him Taylor beckoned right back.

“He wasn’t mature enough to handle it at first because he would want to snap back at everyone and fight,” Townsend said. “Up until the point where he started getting comfortable with who he is and how he’s playing, he knew the only way to shut them up was for us to win because we are only going to go as far as he takes us.”

What Taylor didn’t realize was that as starting point guard of the University of Kansas attention is focused on him at all times, game day or not — an issue that he’s since resolved.

“There were times throughout his career that he wasn’t as focused as a point guard should be,” Conner Teahan said. “This past year and a half he’s matured and he really puts the team first.”

Teahan may be as good at evaluating team leadership as any of the coaches he currently plays for. After playing on Kansas teams that boasted Brandon Rush, Mario Chalmers, Sherron Collins, Cole Aldrich, and the Morris twins, Teahan understands the mentality that is needed to stand in front of the Jayhawks.

Fortunately for Kansas, Taylor had great relationships with those players too, and while it may have been hidden to the fans he had been preparing to lead this team since day one.

“I’ve never had to be in a position where I was leading,” Taylor said. “It was kind of an unspoken thing that I was going to be the leader of this team. Guys just automatically looked up to me to lead them. I took that as a challenge.”

Taylor called on the knowledge that he gained from the leaders before him. How Collins would take the time in practice to help a teammate improve on a sequence, how the Morris twins carried themselves, and how Chalmers would attack opponents.

“Tyshawn learned a lot from Sherron and the Twins,” Teahan said. “He’s taken the best from all these people and it’s made him into what he is right now.”

It’s what made Taylor transform from the carefree New Jersey baller, to a well-rounded Kansas basketball star that with two more wins would have a resume worthy of rafter ceremony. It’s what taught him that when a new player walks onto the scene you tell him how it is, and you lay out his options: Play Kansas basketball, or don’t play. And it’s what’s led Taylor to help carry his team to the Final Four and past all of the criticism and doubt that filled his college career.

“It’s been a long journey,” Taylor said. “With all of the ups and downs and the maturity that I’ve grown with over these past four years. I think this year was much different, and I embraced it and enjoyed it and had fun with it, and I have a team that appreciated my leadership.”