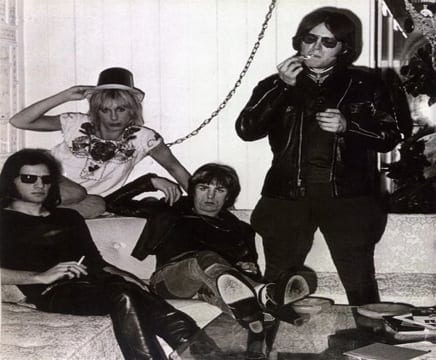 Punk-O-Rama reviews all the scenes and locations featured this semester.

So far I’ve featured: the L.A. hardcore scene, Washington D.C., Portland Riot Grrl, Motor City (Detroit) punk rock, scene originators from New York, Ska and reggae punk, and of course the softer side our favorite punk rockers gone solo (or poppy).  Everything from Television, to X, to Sleater-Kinney, MC5, Lou Reed, the Clash and the Specials.

But there’s a hell of a lot of angsty ground to cover yet, so stayed tuned. If there’s a scene or subgenre of punk music you want to hear next week, leave a comment. Thanks for listening, and like the most interesting man in the world would say,

by lindsey deiter
tune in to punk-rama every thursday night from 8 to 9 p.m.