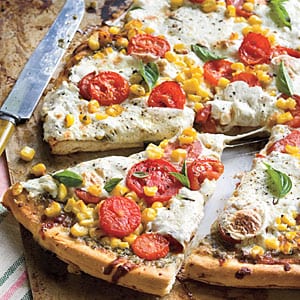 The power of pizza

One slice helps out bands and brings people together.

The aroma of pizza dough drifts through the air, and two local bands are busy hustling amps and guitar cases up the stairs.

More people climb up the flight of stairs into what used to be an apartment. Some of them have brought pizza toppings and their own beer.

They have all come for three things: good pizza, good music, and a good time.

This is Pizza Power at Wonder Fair. This event allows guest to bring toppings and have homemade pizza made for them while they listen to live music. The DIY space provides musicians and guests with an alternative to bars and other venues.

“The difference with a DIY venue is they go there to listen to music which is really nice,” says Pizza Power founder and organizer Rolf Petermann.

Pizza Power is an event that supports both local and touring musicians by giving them an intimate and comfortable space to play in as well as giving them a portion of the money made at the door.

The founders of Pizza Power know what touring is like, and they know that finding a place to play and earn a little money to get to the next place is important for bands.

The founders are members of the Lawrence, Kan. band Karma Vision. They began hosting Pizza Power parties in the living room of a rented house on Connecticut St., but after too many noise complaints from neighbors and the police department busting up the DIY shows the event has moved to its new home at Wonder Fair.

Wonder Fair art gallery provides a great space that has the intimacy of a DIY house show, and allows the founders of Pizza Power to remain a link in the music community around the United States that helps touring bands. They help by giving bands place to play music, earn some cash for gas and get a bite to eat while touring.

While playing at bigger venues may help bands make more money some bands still enjoy playing in DIY shows like at Wonder Fair for Pizza Power because the show is more about the music, and the connection between the musicians and the audience.

“When you play at a venue people don’t necessarily care about taking care of the bands,” local band Generals’ guitar player Sean Rosner said. “What [Pizza Power] is doing is bringing people together, feeding people and taking care of these bands so they can make money and get on the road.”

“I think I got it through the air waves,” Lawrence resident Marg Ire said.

Ire has been to two Pizza Power parties and said that she wore a gorilla suit to her first Pizza Power experience.

Other people might simply find out about Pizza Power by walking by and hearing the music from the street.

“I think that having it in a place like this is perfect because it’s actually appropriate to play at loud volumes. There’s more visibility, and people can hear bands playing off the street and walk in,” Rosner said.

Saturday March 10 marked Pizza Power’s third DIY show at Wonder Fair and continues to entertain people with music and homemade pizza. Petermann said that there are a few things anyone who is interested in going to a Pizza Power show should know.

“Bring some good beer, maybe some pizza toppings and maybe like wear a weird sweater or something,” Petermann said.

MEGHAN FREDERICK: In the kitchen of the Wonder Fair art gallery on a Saturday night you can find Rolf Petermann, an organizer for the event Pizza Power, busy making homemade pizzas for people who came for good pizza, good music and a good time. And that’s just what they’ll find.

At Pizza Power, you can bring your own toppings, and they will make you a homemade pizza while you listen to the live music.

Petermann tells those interested in coming to a Pizza Power event what to expect.

FREDERICK: While guest enjoy the live music, occasionally someone will navigate the room with a plate full of the latest batch of pizza and offer audience members a slice.

Guests at Pizza Power aren’t the only ones having a good time. The musicians seem to be enjoying the atmosphere too.

SEAN ROSNER: We’re gonna go up on there and be looking at all of our friends. Everyone’s here to support people, and just like have fun. So it just makes it more enjoyable I think overall.

FREDERICK: Now that Pizza Power is back after its hiatus, it continues to bring people together with live music, and of course, pizza.