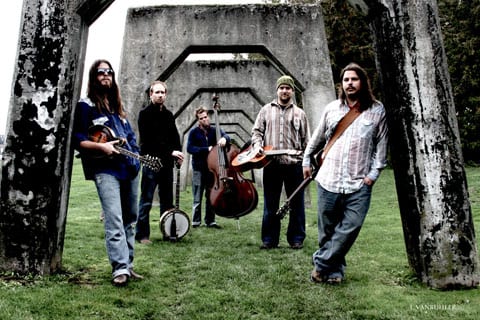 Hickory Wind, one of KJHK’s longest running special programs, is partnering with Pipeline Productions to bring great Americana, folk, bluegrass and country music to the Lawrence music scene. The series starts this Saturday with Greensky Bluegrass performing at The Bottleneck.

Greensky Bluegrass is a bluegrass group from Kalamazoo, Mich. In 2006, the band won the Telluride Bluegrass Festival competition, earning them the spotlight on the main stage of the 2007 festival. Their 2011 album Handguns debuted at No. 3 on the Billboard bluegrass charts, so you know they’re the real deal.

Chicago Farmer, the stage name for Cody Diekhoff, will open. Doors open at 8 p.m., and the show will start at 9 p.m. Tickets are $13 in advance and $15 at the door.