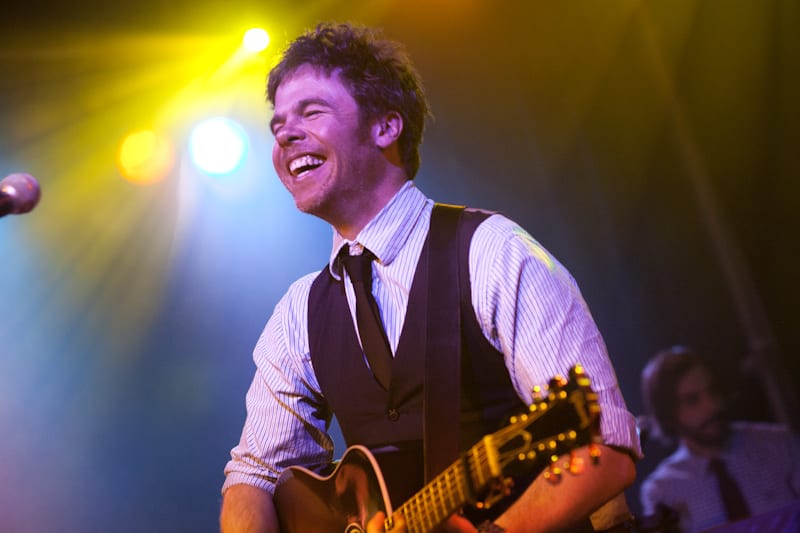 The latest in folk music

The host of Hickory Wind shares his favorite new songs

Five new songs I’ve been listening to lately. All of these come from releases that have come out within the past three or four months:

Nick Cave & the Bad Seeds: “Wide Lovely Eyes” – Cave abandons (thankfully) his menacing Grinderman persona in favor of a more contemplative, if equally downtrodden persona. This is lovely song, as the title implies. Nick’s cavernous voice (pun intended) talk-sings over a sparse arrangement and the occasional hymnlike backing vocalists. A fine return to form for a mercurial songwriter.

Devendra Banhart: “Won’t You Come Over” – Banhart endeared himself to audiences for helping pioneer the vogue freak-folk movement of the early 2000s. He has evolved as a musician, as this expansive new release demonstrates. This particular track displays Banhart’s characteristic waver, but it is given a more overt pop sensibility that we’re used to hearing from him.

Josh Ritter: “Joy To You Baby”- Ritter is one of America’s finest songwriters. While his new release is not nearly as lyrically complex as previous releases, this simple melody is a ruminative piece of folk-pop that sees Ritter meditating on his recent divorce. Rather than coming across as bitter, Ritter gives us a sense of hoplefulness over top of lilting guitar and bright acoustic guitar.

Phosphorescent: “The Quotidian Beasts” – Songwriter Matthew Houck is phosphorescent, and in this new release he sheds his predilection for country twang, instead favoring a more diverse set of influences. This track retains a bit of the twang but gives it a more complicated arrangement and bombastic composition than is typical for alt-country. The song gravitates between quiet verses and jammed-out choruses that sound like the Grateful Dead at their best.

The Black Crowes: “Oh the Rain” – This gospel cover comes from the Crowes new live release Wiser for the Time. This acoustic-gospel track shows vocalist Chris Robinson in fine form, proving that he can be a devastating singer when not forced to strain and scream over his brother’s screaming guitar. This track pays homage to traditional gospel but channels it through the Rolling Stones and Gram Parsons. Guitarist Luther Dickinson provides some memorably understated slide guitar while keyboardist Adam MacDougall’s plinking barrelhouse piano provides just enough lift to the unfussy arrangement.