The Rinse Out: February Selections

Two new grime releases and an album from a legendary director!

If you consider yourself a cinephile, hopefully you are aware of the films of John Carpenter. Probably if you aren’t a cinephile you are also aware of them. Halloween (1978), The Thing (1982), They Live (1988) are hallmarks of American cinema, among others. Lately, however, Carpenter has disappeared from the cinematic landscape, which is too bad because along with his films being (mostly) great, he scored them all as well. We have been deprived of the haunting music of John Carpenter for far too long. No more, though! Carpenter has just released an album of original compositions that could be thought of as pieces meant for theoretical films. These songs qua films run the gamut from the pounding progression of pianos accompanied by the low rumbling of distorted guitars in “Vortex” that conjure images of Escape from New York (1981) to the rotating synths and distant guitar wailing of “Wraith” that reminds us of The Thing. Each piece on this album could exist as a standalone track and I won’t try to suggest there is a coherent trajectory for the album beyond each song sounding like a John Carpenter production. That does not detract, however; in reality, Carpenter aficionados can look forward to re-experiencing his oeuvre while creating their own filmic and musical pairings while at the same time imagining what new movie each track could accompany. 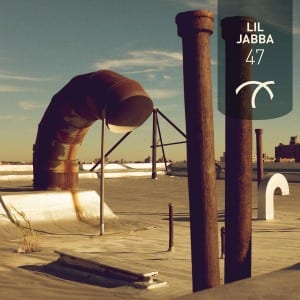 Local Action’s 2014 continued to be an auspicious one with their final release from LiL JaBBA. Incidentally, the first (and, in my opinion, best) track “Stalka” seems to draw heavily on the darker work of John Carpenter, especially the minor synth pads that accompany the low rumbling bass throughout. Not all of the tracks on this release are excellent; however, both “Stalka” and “Tea” move in interesting new directions, combining old influences with new directions in bass music. In particular, “Tea” situates itself at the intersection of ambient, grime, and trap (in the truest sense of the term, the southern rap production style of Lex Luger, Drumma Boy, and Zaytoven). Snares, deep bass kicks, and tinny hi-hats mark the track that is carried forward by a droning and airy synth. Recommended if you are into Loom, Logos, and the like. 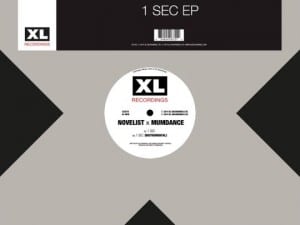 Novelist is one of the more exciting young MCs in the grime scene which sorely needed an infusion of MCs who are not trying to be rappers. Similarly, Mumdance is working in the alternative side of the grime production scene, embracing the weightless and sparse sound that has been gaining traction lately. The two come together once again to create an interesting EP that showcases the strengths of both men. “1 Sec” is a track that isn’t going to set the charts on fire like Skepta’s “That’s Not Me” did. However, Nov’s flow is in top form on the track and Mumdance’s production keeps things interesting in a way that would normally scare regular MCs away. It makes sense that Novelist nails it, though, as the two have collaborated in the past to great success. Both artists are ones to keep an eye on in 2015.