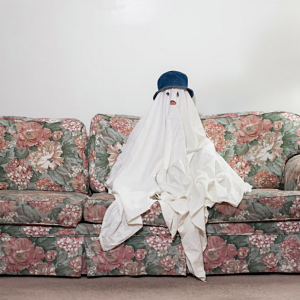 Chastity Belt is sorta like if Ty Segall’s hypothetical moody cousin were to grab some of her girlfriends and start a band. In IDC (9) lead singer, Julia Shapiro, poses the question, “Is it cool not to care?” and responds later “I don’t care”. This four-piece female band weaves a heavy dosage of emotion deep into their music to create musical complexities in that nonchalant way.

Their Northwestern roots/influence cloud over their music and flowing guitar riffs, omnipresent bass and clean drums. All of which is carried by the Courtney Barnett-esque somewhat lackadaisical vocals, which contain loaded lyricism. It’s an odd mixture to try and summarize, but it all makes sense when it you hear it. Trust me.

It’s the sort of thing that I want to crank up on a rainy day in a cabin in the woods. Just sink into a sofa take it all in, then get up and dance it all off.

You really can’t go wrong. But, so I don’t lead you astray The Thing (6) and Drone (1) open with definite Segall influences. Joke (7) is a little more upbeat and instrumental, while IDC (9) counters it out. It’s a true album just waiting to be explored, so do it. And, keep this band on the front tip of your tongue for the future.