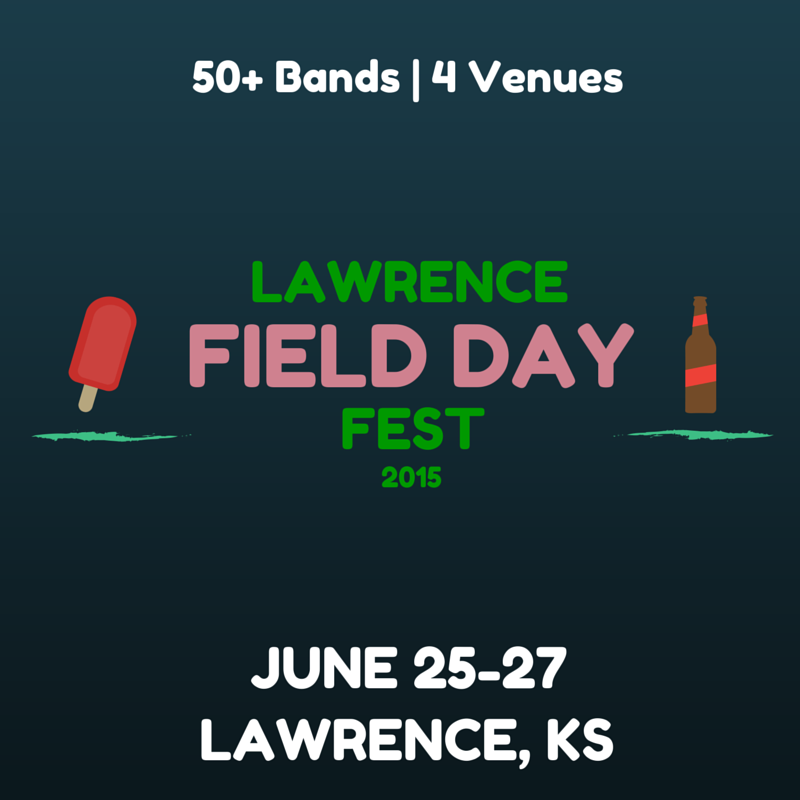 Lawrence Field Day Fest begins on Thursday, and there are STILL plenty of acts to cover before the madness begins. Wanting to go but don’t recognize a few names? Having a hard time creating a schedule of where to go and when? KJHK has you covered.

From Monday through Thurday, KJHK will be releasing a preview guide for every night of LFDF. We will give you the breakdown of who will be featured at The Bottleneck, Replay Lounge, The Jackpot, and the Eighth Street Taproom.

Today’s guide will preview the four venues for Saturday night. Check out our previews for Thursday and Friday as well. 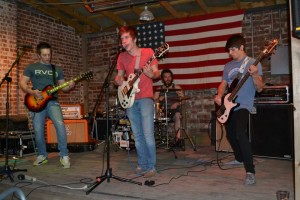 Oceanside Hotels is a rock quartet that resides in Topeka, KS. The group consists of three brothers and a close friend. They recently released a six song EP in May, and will be posting it on their Bandcamp site relatively soon. Photo Link. 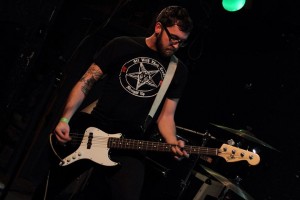 The Rackatees (9 PM)
The Rackatees are a punk trio formed in 2009. They have an EP released from 2014 titled, “This Horse Rides On.” This group knows how to have fun, and how to get the blood boiling in the crowd. If you are in need of a pick-me-up this Saturday evening, The Rackatees could have the perfect medicine for you. Photo Link. 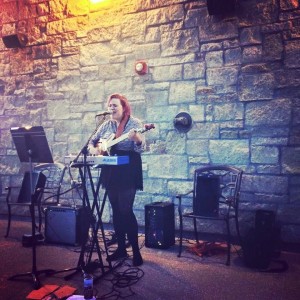 La Guerre is the solo act of LFK music vet Katlyn Conroy. Katlyn’s honest lyrics and intimate vocal delivery are unique abilities that separate her from the rest of the music scene. In 2013, The Pitch award La Guerre the award for Female Singer/Songwriter of the Year. Her most recent Live @ KJHK session is hauntingly amazing. Photo Link. 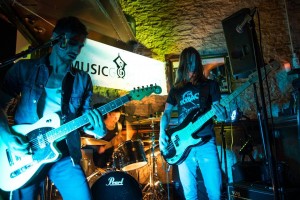 The Noise FM (11 PM)
The Noise FM is a Kansas original that now resides in Chicago, IL. Born out of Fort Scott in 2005, this dance-rock has built a reputation that expands the entire Midwest. Their most recent EP, Attraction, was released in 2014. They will be making the drive from Chi-Town for LFDF and their show will have an epic “coming home” sensation. Photo Link. 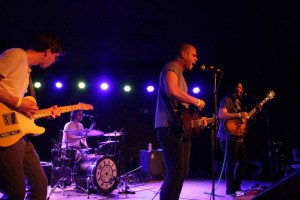 This indie garage-rock 4 piece originated in 2013 and haven’t slowed down since. They released an EP in 2014 that features amazing tracks such “Dog Days,” and “Tetris.” This band will most certainly turn up the crowd at the end of the night for the Bottleneck. Westerners were also semi-finalists in the 2014 Farmers Ball and have solid Live @ KJHK performance as well. 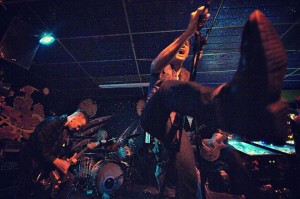 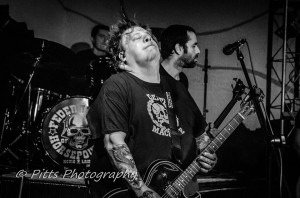 Federation of Horsepower harken back to the days when the guitars were loud and the hair was long and the only thing to for was to rock. Taken influence from the classic southern rock bands like Black Oak Arkansas and Molly Hatchet, Federation of Horsepower are the kind of music you turn up to 11 and don’t you dare turn it down. This music is tough and is sure to make to bang your head.  Photo Link. 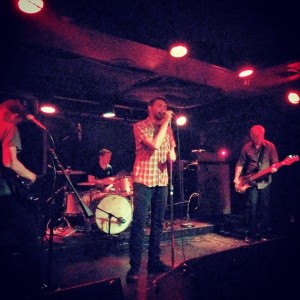 Varma Cross (11 PM)
Full of fuzz, distortion and energy, Vamra Cross are part of the new breed of bands carrying the torch for garage rock and they carry that torch well. Their music is sure to bring even the most cynical listener to their feet and on to the floor. Their latest release, “Knives,” was released last year and it is definitely worth a listen to see what Varma Cross is all about.Photo Link. 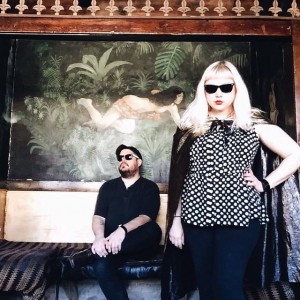 Bruiser Queen  are a St. Louis band that have really been connecting with the Lawrence audience as of late. Fronted by the powerful vocals and blistering guitar of Morgan Nausbaum and featuring the unstoppable drum force of Jason Potter, this rock duo is sure to knock your socks off. Think of them as the logical extension of when early 60s rock ‘n’ roll meets the attitude of punk. Photo Link. 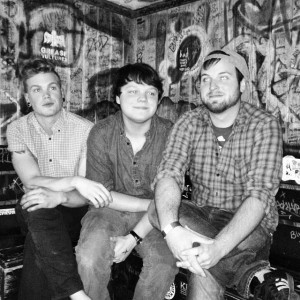 Maybe Not (1 AM)
For those who are familiar with KJHK Farmer’s Ball competition, Maybe Not needs no introduction. However, for those that don’t know Maybe Not are an indie rock group that takes great influence from the late 90s-early 00s emotional rock of bands like Pinkerton-era Weezer and early Jimmy Eat World. Placing third this year at Farmer’s Ball, Maybe Not are a rising star in the Lawrence music scene. If you don’t believe me, check out their sweet Live @ KJHK session from this year. Photo Link. 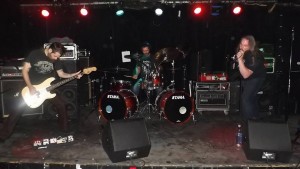 Taken from their Facebook description, “A snarling storm of sound, EYES OF IOLITE burn with the energy of a thousand exploding suns and resonate with the sound of collapsing earth.” Expect some really great things from this up and coming band Saturday at the Jackpot. They will most certainly set the stage for the exciting night to come. Photo Link. 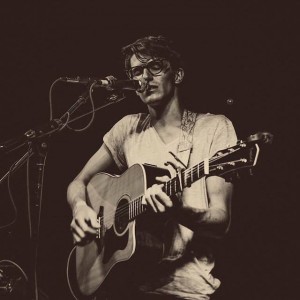 Young Readers (8 PM)
Young Readers is the acoustic folk project of Jordan Herrera. This solo project out of Norman, OK is full of emotional. If you enjoy Lo-fi singer-songwriter tunes, check him out. Photo Link.

The Philistines are a six-piece psych rock’n’roll group out of Kansas City. Their energetic sound and extended jams are reminiscent of a 60s psychedelic sound. They will be sure to impress at LFDF with their full sound. Photo Link. 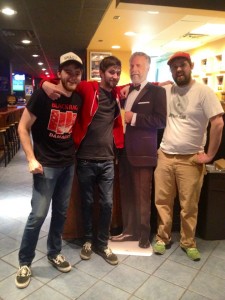 Gnarly Davidson (10 PM)
Beer rock. Stoner rock. Whatever rock. These guys are great. They are by far the noisiest band from Lawrence I have ever experienced, and their Live @ KJHK set is mind blowing. Their stoner metal sound is taken to the next level with their screamed vocals. With such a heavy aesthetic you wouldn’t expect the nice and humorous guys they are in person. Photo Link. 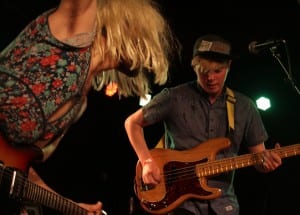 Psychic Heat is Lawrence’s favorite garage rock band. These 2014 Farmer’s Ball winners are making waves in KC as well with the prolific amount of shows they have been playing as of late. Last Summer you could see these guys live every week, and now with their latest remastered EP, you’ll want to see them live again at LFDF.

Lusty Flowers (9 PM)
Lusty Flowers is the shoegaze, solo project from Lewis Guillen. He released a 6-song EP this past winter composed of covers of other local artists His sound is fuzzy, ambient, and droning. If you have the patience to stand in front of the stage with your eyes closed and slowly sway back and forth as the music washes over you, you will not be disappointed. Photo Link. 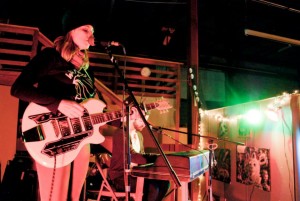 Heidi Lynne Gluck is a singer-songwriter who hails from Lowe Farm, Manitoba, Canada. Her most recent EP, “The Only Girl in the World,” is a folksy testament to where home truly is. Her rural upcoming is strongly portrayed in her music, and it creates peaceful scenery painted by a wall of sound. Photo Link.

Your Friend (11 PM)
Your Friend is the solo project of Taryn Blake Miller’s. Your Friend is signed on Domino Records, and took the LFK scene by storm with her EP, Jekyll/Hyde. Her haunting vocals and minimalistic delivery will send positive shivers down your spine that you want to feel again. Her two Live @ KJHK videos, with one of them being in the KU Natural History Museum, are deeply intimate.

Father Orson (12AM)
Nightmarishly prolific, this project, which documents the psychedelic voyage of Lawrence resident Parker Mays (along with guest appearances from his friends and family), has released nine albums since January of 2015. A tangled mess of loops and samples and synths and guitars and vocals, you may very well walk away from this performance wondering what was real and was was imagined, as sonic collisions woven together in glorious xenochrony generate psychic overtones and hallucinated echoes from the back of your mind. Expect madness.

These posts were created in unison by KJHK writers Rachel Bennett, Quinton Cheney, Mason Kilpatrick, and Jake Waters. Huge thanks to all of those who helped contribute to the post.