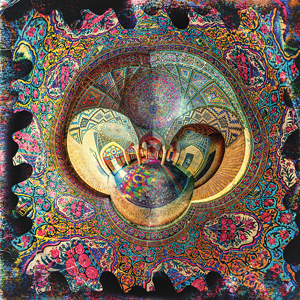 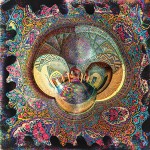 After the release of his 2012 debut Lemniscate out on No Pain In Pop Records, Vinyl Williams is back with his second full-length titled Into. Williams, the grandson of legendary composer John Williams, released Into via Company Records, a Carpark Records sub-label operated by Chaz Bundick of Toro Y Moi. Started in the 2014, Company’s roster consists of Williams, Bundick’s Les Sins and Keath Mead.

Into begins with the swirling, buoyant “Gold Lodge” that sets the cosmic tone for the album with ethereal vocals and mellow rhythms. Williams’ voice then acts as a brush with long, reverberated phrases and droning instrumentation playing along to create openness in “Space Age Utopia.” This record churns along slowly but sweetly and by the time the entrancing “World Soul” appears, you recognize it’s only been fifteen minutes.

Williams channels his label mate Bundick’s wavy, melodic sound in tracks like “The Tears of an Inanimate Object” and “Iguana City.” After a long interlude, Williams’ voice returns for the last minute of “Iguana City” coupled by the crisp splash of the drums to create one of the better moments on the album.

He is able to captivate listeners with his charm and simplicity on tracks like “Greatest Lives” and “Zero Wonder” while delving into prolonged excursions like the album’s ten minute finale “Xol Rumi.”

Williams, who has released an EP or LP in each of the last four years, spent the spring of 2015 touring alongside Toro Y Moi and later toured with Unknown Mortal Orchestra in July. Being surrounded by the right people and with his musical background, Vinyl Williams is poised to keep up his psychedelic, surrealist songwriting.