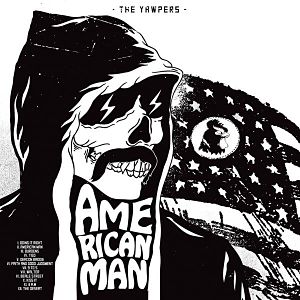 At first listen, American Man appears to filled with lyrical themes beloved by red-blooded ‘Mericans. A couple of listens later and you may discover ironic anger and disillusionment. The title song, “American Man,” exemplifies this lyrical tactic and is a favorite on the album while “9 To 5” is one of the lesser tracks.

Overall, the disc has a very folksy feel with heavy blues influence and an occasional punk-like attitude. Much of it relies heavily on rhythm and bass with hard hitting guitar licks woven in and out. It is almost rockabilly, but angry folk is probably a better description.