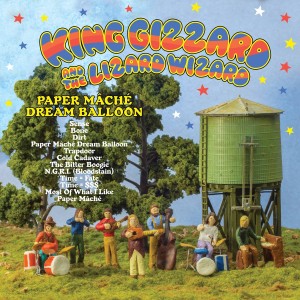 King Gizzard’s seventh album, Paper Mache Dream Balloon, is nothing like their previous records, which leaned toward fuzzier garage rock.

Paper Mache Dream Balloon was recorded entirely on acoustic instruments and branches toward jazz-folk rock, reminiscent of Foxygen and some softer Thee Oh Sees. A few standouts on this album were “Sense” and “Most of What I Like,” mainly because the majority of the other songs on this record can tend to sound homogenous.

Recommended If You Like: Foxygen, Thee Oh Sees, Real Estate