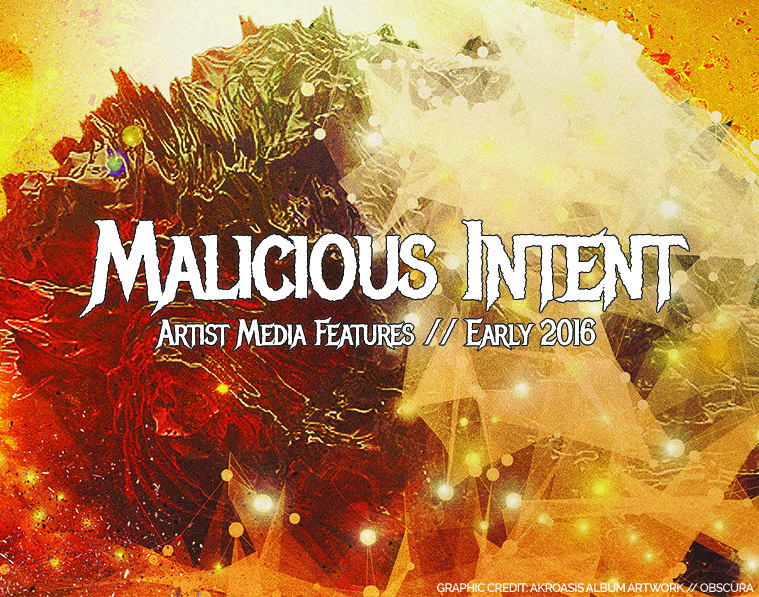 Each year, we naturally get to anticipate its end by celebrating a new beginning. Every single metal fan I know begins looking not only at the forthcoming releases of the impending year, but also the different media features that begin to emerge.

Bands reveal album art, music videos and even early full-album teasers to key their fans in on the excitement that comes with new music. We’re not just casually awaiting an artist’s release, we’re following their every move in this grand sort of ceremony of progression.

The more I thought about this, the more it made sense to me that featuring many of these early materials would make a for a great article. While I certainly can’t fulfill covering every single band or upcoming release, I can certainly reveal some of the best features I’ve come across thus far. Let’s check them out:

Following numerous member changes, and the magnificence of their previous release dating all the way back to 2011, Obscura return in full force to reveal their first single off of Akroasis.

Similar in their identity of member rotation, The Faceless seem set to release new music in the coming year. Demon Carcass returns on vocals to the rejoice of many fans.

As always, we await new Vektor tunes with incredible excitement. The guys deliver once again and reveal new album details for their next release, Terminal Redux.

Textures have been a little overdue on releasing new music. Here, we finally get to hear what Phenotype might sound like in the larger scheme.

If you don’t know Abbath, I might have to question your metal allegiances. However, now might be a perfect time for enlightenment. I don’t know anyone who isn’t excited to hear more from this self-titled release.

Black Tusk return to deliver their next and final record featuring founding member, Jonathon Athon, who passed away in a motorcycle accident.

If you want to hear more from us and many of the bands listed here, please check out the Malicious Intent metal show hosted by CJ and Judge Dredd every Saturday night from 10 p.m. to 12 a.m. Tune in at KJHK 90.7 FM or listen online at www.kjhk.org!