John Metcalfe: The Appearance of Colour 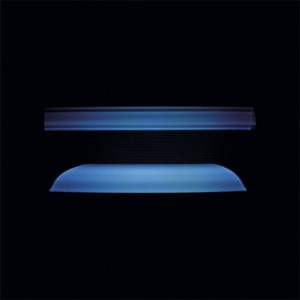 It is hard to explain just how ubiquitous New Zealand-native John Metcalfe is to a reader that may be unfamiliar with the name. Joy Division, Morrissey, Peter Gabriel, Bat for Lashes, Kraftwerk, and Coldplay can all trace themselves back to this one composer. At face value, The Appearance of Colour may appear a chill-wave free-rider; banking on the success of the underground sound movement that has gained notoriety in the past five years. Two tracks is all that it takes to prove that John Metcalfe’s The Appearance of Colour is a solid instrumental album that really exudes the Metcalfe mastery of production in an industry he has inhabited for so long.

The Appearance of Colour kicks off with the 20 minute long composition, “Sun.” Metcalfe uses this first track to demonstrate his abilities at more classical composition riddled with remnant electronic influences from Manchester’s famed dead nightclub, the Haçienda. By the second track, “The Silver Track,” the composition flows back into a quieter sound with a more marketable appeal. The Track “Just Let Go” is a classic chillwave track à la Tycho.”Kite” is another shorter and slower composition that juxtaposes itself with the quiet and bouncing morning bells of the next track “Gold, Green.” “Sycamore” is an excellently calm yet vibrant track with a rolling beat reminiscent of some of Aphex Twin’s jazzier songs.

The biggest gripe to be had with this album were the fairly lack-luster tracks “Besançon” and “the Appearance of Colour.” “Besançon” has a neat, sort of creepy finger-tripping piano and “The Appearance of Color” a ghostly and dramatically atmospheric sound. On their own, they are excellently composed, but ultimately push the album into a sort of silent resolve as one was just introduced to some of the upbeat and swift facilities that Metcalfe has.

Nit-picking aside, this album is a solid listen for fans of instrumental compositions. It borrows fairly heavily from modern influences like the aforementioned Tycho and Aphex Twin, though, in reality it is more likely that these artists may have been influenced by Metcalfe. The Appearance of Colour is a relaxing, rich album that is perfect for any ambient sort of situation.