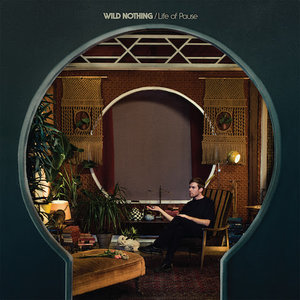 On Wild Nothing's third LP, they take the "dream" out of "dream pop," and provide something more tangible.

Wild Nothing: Life of Pause 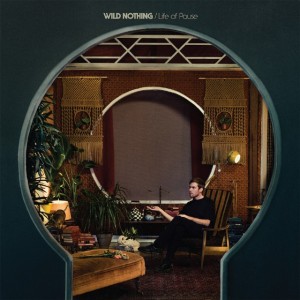 Intros can be something special. After a year of teasing fans, infuriating critics, and going absolutely bonkers on Wiz Khalifa on Twitter, Kanye West pseudo-released the Life of Pablo last week. Pablo’s life apparently began with an agreeable preacher-baby, as illustrated by opening track “Ultra Light Beams.” The Life of Pablo’s intro sounds like chewing pills tastes: unsavory, but special.

In Wild Nothing’s third LP, Life of Pause, Pause’s life begins similar to Pablo’s, except it’s not as special, despite being similarly unsavory. On “Reichpop,” Jack Tatum, Wild Nothing’s creative head, follows an unsatisfying one-and-a-half minute album intro, preaching “the less you say, the less that you get wrong.” But Life of Pause says so much more than Wild Nothing’s previous albums. Tatum embeds nearly every track with signature reverberating guitars, reverberating xylophones, and even reverberating 16-bit synths. Frankly, it sounds like a bell-choir in an airplane hangar sometimes.

Nocturne sounded like something to be preserved. It displayed fragility as it vulnerably drifted from one excellent track to another, scarcely manifesting itself in more than a wisp. Life of Pause drops chrome dumbbells on the same scarce sound. It’s more tangible and polished, but it’s indecisive as a result. Rather than eagerly anticipating what comes after the pretty, glazed intro on “A Woman’s Wisdom,” you had to hope it wouldn’t be over-saturated with chromy synths and a wall of kazoos. Despite the snappy drums’ prominence in the mix, “A Woman’s Wisdom” integrates the new instrumentation remarkably well. Tatum even taunts the listener, asking, “How does that sound?” at the end of the track. It simultaneously sounds familiar and progressive.

On “Lady Blue,” Tatum begs even more questions, asking, “Will I find a way to make sense of the way that you love me?” and “Can you wait forever, girl?” These lyrics needed more reverb, as to render them incoherent. On the title track, “Life of Pause,” he epistemically pursues the answer, pleading, “How can we want love?” Tatum may never discover the answer, but he discovers a tentative remedy: irresistible melodies. The title track blossoms despite the chrome dumbbells resting on it. Simplicity, and tasteful reverb, saves Life of Pause.

Endearing peculiarities manifest themselves on “Alien,” where the occasionally ethereal ambience is subverted by bombastic drums and eerily modulated guitars. Tatum paternally brings the experience back down to Earth afterward with high fidelity ’80s guitar reverb on “To Know You.”

Life of Pause is an intermediary album. It is an unsteady, but promising bridge to Wild Nothing’s next project. While Life of Pause removes most of the “dream” from “dream pop,” Wild Nothing’s choice to coalesce with the physical world presents tantalizing possibilities.

In “To Know You,” Tatum answers his own badgering questions, answering our questions about Wild Nothing’s future in the process: “There’s no answer to your questions.”