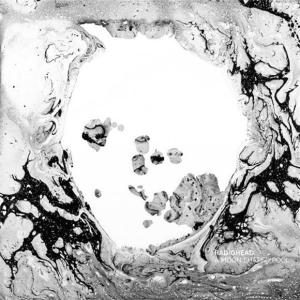 Hailing from Oxfordshire, UK, Radiohead is a band that hardly needs any introduction. In the five years between the new ninth LP, A Moon Shaped Pool (referred to by fans as LP9 before the name reveal), Radiohead has taken its time working and reworking careful layers over this new record. On this album, there are heavy topics of seperation, the environment, and politics being tackled in a beautiful, disassembled way via layers of careful instrumentation.

This album is incredibly fan-oriented. For this reason, songs that had only ever made an appearance in previous stage performances (e.g., Track 1(“Burn the Witch”), 5(“Ful Stop”), and most notably, 11(“True Love Waits”)). This being said, perhaps the biggest fault in this record is that it is NOT an ambassador album. That is, it will be hard to get a friend who knows nothing about the band into Radiohead’s music by handing them A Moon Shaped Pool. For that, you may want 2007’s In Rainbows or 1997’s OK Computer. There are still some banging tracks that are almost made for airplay. 1(“Burn the Witch”) contains a flawless build in intensity. 3(“Decks Dark”) has a choir-driven sonic drop that smashes heads (but with subtlety). 5(“Ful Stop”) has a pulsing, rolling beat that pushes a ride. 7(“Identikit”) is a King Of Limbs throwback that is perhaps their lyrically most accessible. Finally, another recommended on-air play is the heart-wrenchingly desperate 11(“True Love Waits”).

By now the words disassembled or abstract have probably been over-used, but I would like to reaffirm that this is a release, much like Amnesiac, that requires a fair amount of dedication to listen to. There is a beautiful use of string symphonies via the genius inclusion of the London Contemporary Orchestra. Though most robust in 1(“Burn the Witch”), appearances are made throughout the album on tracks like 6(“Glass Eye”). Then again, songs like 4(“Desert Island Disk”), 8(“The Numbers”), and 9(“Present Tense”) make use of an acoustic guitar as its driving force. Then there are tracks like 2(“Daydreaming”) or 11(“True Love Waits”) which hold an electronic collection of tones reminiscent of a vibraphone that come together beautifully.

The verdict on A Moon Shaped Pool is that it may not be for everybody – but that’s totally OK. What it lacks in representation of the entirety of Radiohead’s sound for new listeners, it makes up for tenfold in ambition and focus. This album is beyond successful in synthesizing different moods and styles to the point that the listener will leave the album feeling emotionally challenged and still wanting to come back for more. My personal recommendation for airplay is that the DJ notices the slow tempo but also the variety in tracks – this record is the perfect segue into slow jazz with songs like 2(“Daydreaming”), folk with songs like 3(“Desert Island Disk”), or softer indie with tracks like 5(“Ful Stop”).