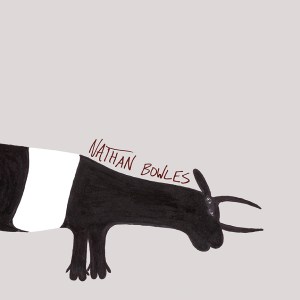 Nathan Bowles’ latest record is a solid mix between the inherent classic folk roots that come along a banjo-centric album, all with a slightly more contemporary feel. This is the third album out by Bowles with the most focused sound to date, contributing to a much more mature feeling album. Whole and Cloven begins on “Words Spoken Aloud,” with a soft clawhammer banjo mixed with a gentle synth backing, a ballad that sets the tone for the story to come. A flurry of intimate piano arpeggios storm on “Chiaroscuro,” with the two instruments coming together on “Blank Range/Hog Jank II,” a moody buildup with a steady beat hacked out on banjo. Bowles makes his vocal debut on the album with “Moonshine Is the Sunshine,” a self-reflective piece with crooning lyrics about family, direction, and personal duty in the world with Bowles singing “I wanna change the world, but I’m still not sure quite how.” The album pivots with “Gadarene Fugue,” a track with a complex, heavy eastern influence as modal scales bounce around on banjo, creating an almost sitar-like effect. This style feels at home on banjo, and offers a pleasant departure from the traditional campy folk that accompanies most of Bowles’ career thus far. The album closes out with “I Miss My Dog” and “Burnt Ends Rag,” two campy, vocal, backyard affairs with bouncy banjo riffs playing alongside subtle piano melodies.

Recommended If You Like: Steve Gunn, William Tyler, Julian Lage
Recommended Tracks: 1 (Words Spoken Aloud), 2 (Chiaroscuro), 3 (Moonshine Is the Sunshine)
Do Not Play: None
Written by Alex Murray on 09/06/2016