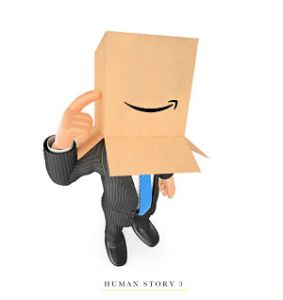 Those familiar with James Ferraro’s experimental work will quickly recognize the artist’s trademark virtuosic composition in Human Story 3. The latest from the enigmatic Ferraro is a self-described “dialectic on the discord between technological advancement, human folly and human progress.” Ferraro’s diagnosis of his own work may be a bit grandiose, but Human Story 3 nails a near-future aesthetic. It is a future of self-driving cars, always-on augmented reality, and a primal embrace of digital consumerism. Ferraro does not glamorize such a future, nor does he criticize it. It is not a dystopia. Instead, Human Story 3 asks listeners to contemplate their own actions and ontology in an effort to better understand the tensions in a rapidly advancing technological world which is becoming increasingly networked.

Ferraro aficionados may note this album is much more at home with the suite of works beginning with the Condo Pets EP (2011) and culminating in his magnum opus Far Side Virtual (2011). In particular, “Marketphagia,” “GPS and Cognition,” and “Plastic Ocean (Poem For Deep Horizon)” might be B-sides to FSV. However, “Individualism” is the standout track on this great album, showcasing Ferraro’s compositional chops—the end of the track would be at home in any symphony hall.