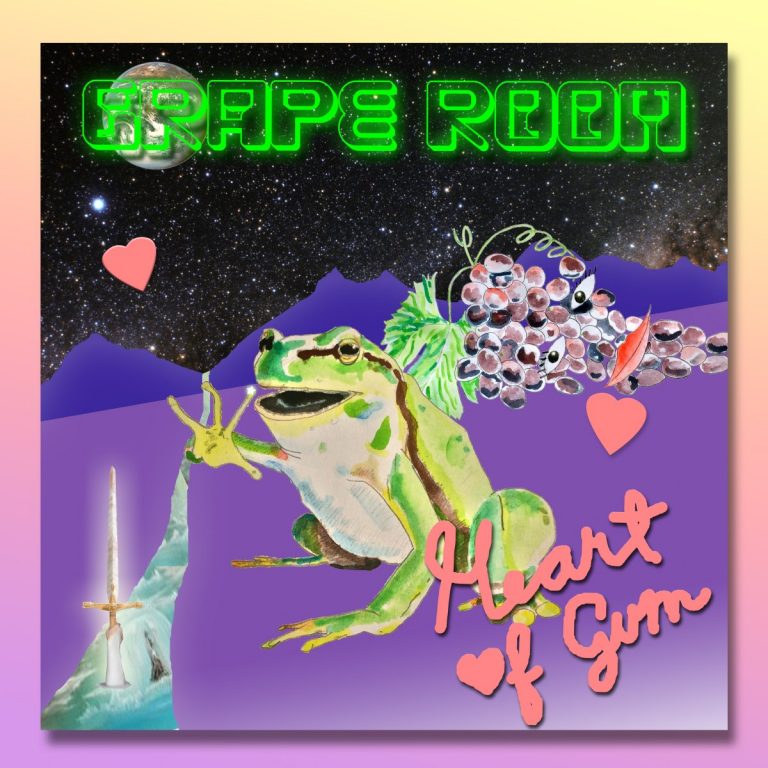 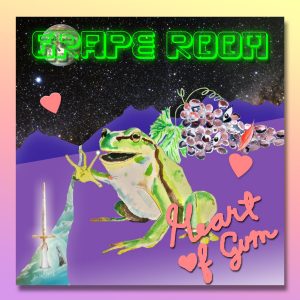 Grape Room’s latest release, Heart of Gum, sounds like the soundtrack to a mediocre late-eighties teenybop film. His songs about love are set to cutesy melodies with a bubbly sound. The instrumentation is decidedly “old-school” with the familiar throng of flanger and phaser effects, set to the beat of what was Prince’s (may he rest in peace) favorite drum machine. The music seems sure of itself and leaves the impression that Grape Room has found his voice, which often lingers (a bit too long) in a stratosphere-falsetto— a sound that may not immediately strike one as wholly “pleasant.”

Listening to the entire album is like eating a whole pan of fudge in one sitting: it’s pretty good at first, but leaves you with a stomach ache and severe thirst for something of substance. It’s just too much at once. A heavy vocal tremolo effect on “Hair Salon” entirely distracts from whatever English words he may be singing. On “Never Seen Your Face” and a few other songs, his voice is mostly washed away in sweeping waves of synth. There is simply too much musical stimulation to wade through to hear with consistent clarity.

If Grape Room is trying to appeal to the general population, I think he has yet to fully strike a balance between new-school and old-school. However, something tells me he is perfectly happy with his absurdist style as it stands. I can jive to “Ding-Dong!”, and “Baby Bubblegum” might be an earworm if you can force yourself sit through the whole thing. Otherwise, most of the songs are quite forgettable. If you really want to relive the eighties, go put on some Tears for Fears, take a hot shower, and eat a pan of fudge.