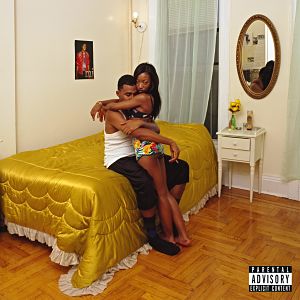 Devonté Hynes, with his project Blood Orange, consistently transcends afro-jazz and instead collects sounds and genres as his albums ebb and flow. Freetown Sound is no exception. The album takes the listener in and out of a dream-like state. The opening track features a slam poet named Ashlee Haze who shouts her definition of feminism and praises Missy Elliot for teaching her how to dance until she felt pretty. Various tracks, such as “Best to You” and “Juicy 1-4”, command bodies to get up and groove until they feel pretty like Haze. Other tracks, however, remain mellow and controlled, pulling the listener back into a dreamy haze. “Hadron Collider” completely embodies this notion by encapsulating the otherworldly and ethereal sound that is woven throughout Freetown Sound.

Freetown Sound is by far Blood Orange’s most thought-provoking album yet. The album offers up a wide variety of voices from queens of pop Nelly Furtado and Carly Rae Jepsen to social justice seekers Vince Staples and Ta-Nehisi Coates. Hynes himself has always denied labels, and the voices featured on his latest album speak to the diversity of people in our society but the common discrimination that may take different forms in our respective lives. Additionally, Hynes told The New Yorker that Freetown Sound was intended for those who had been told they were “not black enough, too black, too queer, not queer the right way.” This album is an anthem for people who just want to be themselves in whatever way they choose, label-free.

Ultimately Freetown Sound is an album with a purpose. However, listeners don’t have to dissect the lyrics or breakdown the social message behind the beat should they choose to simply enjoy it at a surface level. This album provides the perfectly zen vibes that acts as mellow background music if the listen wants soft noise in the room or soothing tunes to study to. I would definitely recommend Freetown Sound to those looking for a soft sound with spikes of funk to add diversity to their playlists as well as spice up their day.