Ages and Ages: Something to Ruin 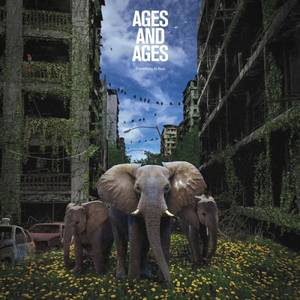 The third album from Ages to Ages is nothing to scoff at, but may not be something to celebrate either. It seems to have clear intentions: make me happy and inspired. Unfortunately, the first thing I notice is the vague notion that the tempo is constantly dragging. It slows me down. That said, the music is not at all bad. The instrumentation is clean and vocals are solid. Perhaps somebody looking for a “slow happy” would really enjoy it, but only a few tracks do it for me. The band’s sound is usually described as “raw choral pop,” and Something to Ruin is evidence of an increased aim toward the pop aspect, yet it’s just doesn’t pop, though it is certainly less raw. The occasional full-band choral arrangements are highlights. The album does end on a good note, with the full-bodied chorus and reassuring lyrics of “As It It.”