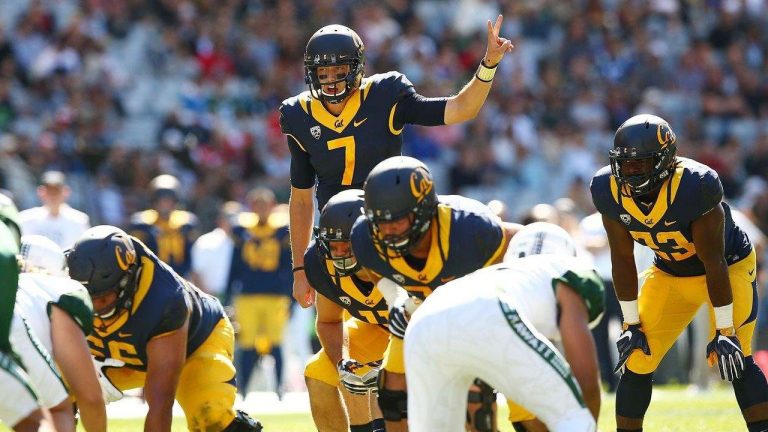 Under the Radar CFB: Week 4

Last week was my first edition of Under the Radar, and I have to say that 2 and 2 is not too shabby, but I can be better.

This week we focus on four more games that may be receiving less publicity than they deserve. So let’s get to it. Here are your Week 4 matchups in college football to keep an eye out for.

Our first matchup includes a potential future member of the Big 12 in what some are calling an audition. BYU is off to a rough start at 1-2. All three of their games have been decided by 3 points or less, and all three of their opponents come from the Pac 12 conference (Arizona, Utah, and UCLA). This less than desirable start for BYU can quickly be forgotten if they can impress the judges this weekend.

BYU Quarterback Taysom Hill has thrown for over 600 yards in three games, and added 117 on the ground. The senior from Pocatello, Idaho is responsible for 4 touchdowns, but also 4 interceptions. I’ll be the first to tell you Taysom Hill is one talented guy, but 4 INTs in three games is not something to brag about. Maybe he’s off to a slow start, call it a slump or whatever, but turnovers will kill you in any game. This one is no exception. West Virginia’s veteran secondary will eat those mistakes alive. If BYU has any hope of beating the Mountaineers, ball security is priority number one.

West Virginia is one of the two remaining undefeated teams in the Big 12, although they haven’t exactly been tested. They opened up against a very down Missouri squad, and then followed it up with a 17 point win over Youngstown State. Neither of those opponents really jump out at you, and the performances that West Virginia produced against them were just as impressive, or unimpressive, that is. Yet when I look at these two teams side by side, West Virginia seems to be the far better squad. Lead by senior quarterback Skyler Howard, and running backs Rushel Shell and Justin Crawford, the Mountaineer’s offensive attack has produced over 1,100 yards and 7 touchdowns. The West Virginia offense will have what it takes to win this game but I think the play of Taysom Hill will determine whether or not this game is even close. In my opinion, Hill will have his worst day yet when facing the Mountaineers defense, giving West Virginia their third straight win to open up the year.

No fake depth charts this week for Colorado. This week it’s all business as these two conference rivals open up Pac 12 play in Eugene. Both teams are coming off their first losses of the season so it will be interesting to see which one will respond positively.

Colorado played Michigan last week and they matched up just about as well as I thought they would. The Buffaloes fell by 17 in the Big House, and the road doesn’t get any easier heading into Autzen to face the Ducks. Oregon is coming off a heartbreaking loss to Nebraska, and that game taught me a lot about the Ducks. I don’t think Nebraska is a very good team. Don’t get me wrong, it’s challenging to win on the road anywhere, let alone in Lincoln, but Oregon couldn’t handle Tommy Armstrong and the Huskers. In my view, Colorado and Sefo Liufau are pretty similar in a lot of ways. Liufau is a strong passer, and he compliments that with a solid rushing attack. He’s a quick guy who can utilize read options as well as making plays with his legs if there’s no one open. Liufau is almost a carbon copy of Armstrong, but with a better supporting cast. Phillip Lindsay is the primary back, and he’s hauled the ball 39 times for 176 yards and four scores to take some pressure off of Liufau. At the wide reciever spot, Shay Fields and Devin Ross are the two top targets combining for over 450 yards and five touchdowns. The Colorado offense has drastically improved and I think Oregon’s defense will struggle to keep them out of the end zone.

On the other sideline, Oregon has put up some impressive offensive statistics, but I think those numbers lie a little bit. Quarterback Dakota Prukop has thrown for nearly 750 yards with 6 TDs and no interceptions, combined with 150 rushing yards and another touchdown. Including Prukop, the Ducks have four players with over 100 rushing yards, and one of them, Royce Freeman, has put up 325 yards and four scores. But I’ll remind you again, I think those stats tell a lie. Oregon’s two wins have come against FCS UC Davis, and a very down Virginia team. Their first test was the afformentioned Nebraska team they squared up with last week, and lost to. Offense is great and all, but if your defense can’t stop the more talented teams they face, I’ll be the first to tell you that’s obviously a problem. I’ll spot Oregon a touchdown for being the home team here, but this one will be a lot closer than a lot of people will realize. Unfortunately for Colorado, I think that touchdown I spot the Ducks will come late, and be the deciding factor.

Here it is. My weekly college football game to geek out over. Last week it was North Dakota State against Iowa. This week two “light-heavyweights” battle for the title of midmajor supremacy. Western Michigan meets Georgia Southern. MAC-tion meets Fun Belt. What a time to be alive. Both teams will roll into this one undefeated. Western Michigan has upset two Big Ten teams on the road (Northwestern and Illinois), while Georgia Southern’s most impressive win thus far has been a 24-9 victory over South Alabama. South Alabama, you might remember, knocked off Mississippi State back in Week One. In my eyes, that’s a quality win for the Eagles.

Georgia Southern has been a force within the FBS, although they’re relatively new. In their first 2+ seasons as an FBS program, the Eagles have gone a combined 21-7. Last season, they beat Bowling Green all over the place en route to winning their first bowl game. This year, they haven’t missed a beat in the first few games. Georgia Southern is a run heavy team, which is uncommon in this era of college football. Even more uncommon is the fact that they are incredibly successful at it. The Eagles have five players with over 100 yards rushing, and a sixth with 98 yards on the year. Defensively, GSU gives up around 10 points a game, albeit against low quality opponents, but the Eagles seem to be relatively stout, allowing just 58 rushing yards a game.

Western Michigan is currently a 7 point favorite in this one, and I would say that’s a fair margin. The Broncos snuck out of Evanston with a 1 point win over Northwestern to open the year, and followed that up with a 24 point route at Illinois. The MAC favorites have shown exctly why they were the preseason darling, putting up 42 points per game and allowing just a touch over 17. WMU bolsters a strong, balanced offense, with an incredibly solid run game. The Broncos have three players with over 100 rushing yards, lead by sophomore Jamauri Bogan, who is well on his way to a 1,000 yard season with 423 yards and four scores. Bogan will carry most of the load. But when he needs a breather, quarterback Zach Terrell is a more than capable runner, along with having leading reciever Corey Davis to target downfield.

This game is incredibly tough for me to predict. Both have strong offenses and more than capable defenses. I think this will boil down to turnovers. Neither of these teams turn the ball over much at all, which is key for any successful football team, but given that Georgia Southern rarely airs the ball out, and has a plethora of running backs capable of hanging on to the football, I’m going to say they walk out of Kalamazoo victorious in a tight battle from start to finish.

Alright everyone, sit down and rest up because you’re going to need it for this game. Both of these teams can and will score. That is mostly related to the fact that they both have potent offenses, but also can be credited to the fact that neither of these teams look like they can stop anyone. California puts up 47 points a game, and allows nearly 40, while Arizona State puts up 48 a game and gives up 32. Those numbers certainly suggest that points will be scored in this one.

California comes in riding high off of a huge win over Texas last week. The Golden Bears traded punches with the Longhorns and came away with a 50-43 win. This win temporarily erased the thought of the 45-40 loss Cal took against San Diego State the week prior, but don’t you worry, I haven’t forgotten about that. This will be the biggest test defensively for Cal thus far, and it’s going to take everything they have to come out on top. Fortunately enough for California, the “Bear-Raid” offense might just bail them out. Quarterback Davis Webb leads the charge with an impressive stat line. Webb has thrown for over 1,300 yards and 13 touchdowns. Webb has plenty of recieving options as well, as six different Cal recievers have over 100 yards, with Chad Hansen leading the way on 546 yards and five touchdowns. We know that Cal will throw the ball, but if for some reason the Arizona State defense can shut down the passing game, Vic Enwere is capable of carrying the load on the ground posting 255 yards and 2 scores.

We can’t forget about Arizona State’s strong offensive attack. The offensive approach of the Sun Devils is fairly balanced, however the majority of their success has come from the ground game. ASU has three running backs with over 190 rushing yards. Demario Richard leads the way in yardage with 282, while Kalen Ballage has run for 255 yards and 9 touchdowns. That’s not a typo. Ballage has scored 10 total touchdowns, and eight of them came against Texas Tech a couple weeks ago in ASU’s 68-55 win. One thing I want to focus on for Arizona State is how they may seem to have an incredibly strong offense, they were held to a season low 32 points in last weeks close win at Texas-San Antonio. A game in which UTSA had Arizona State on the ropes leading 28-12 with 5 minutes left in the third quarter. The Sun Devils needed a furious comeback of 20 unanswered points to come back and win. Although Cal’s defense may not be the best, if the Sun Devils put themselves in that kind of a hole at any point this week, there is no way ASU will be able to makeup that kind of ground. Looking back at last week’s performance against UTSA, it makes me wonder how Arizona State’s offense will perform against Cal. If the Devils struggled that much agaisnt the likes of a Conference USA opponent, how will they square up with a PAC 12 foe? I say not well. Cal will be an even tougher test than UTSA. No disrespect to the Roadrunners, but the bigger, more athletic bodies that the Golden Bears have will prove to be a legitimate issue for Arizona State in this one.