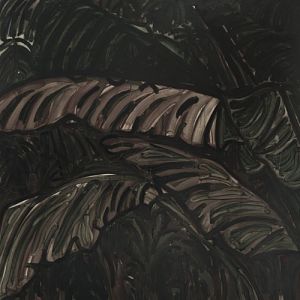 Acronym released Guadalquivir earlier this year on Northern Electronics, and while the record was quality, it lacked the punch one might expect from a record of his. Fans can rest easy, though, as his latest album bangs it out. Released on Madrid’s Semantica Records, Acronym’s Entangled In Vines is another feather in the cap of the prolific Swedish techno producer. There is a certain moisture to this release that may have been lacking in others, a component of the record which creates a greater feeling of fluidity between the tracks. Relatedly, each track brings something new for the listener to discover, a welcome aspect considering the monotony that can plague electronic music. That is not to say that thunderous kick drums are not barreling through most of the racks, however. In fact, in spite of the relative richness of sound throughout the album, one still cannot shake the feeling of raving in a Berlin bunker while listening to the album. The trio of “Getting Closer,” “Escape,” and “Wrapped” are standouts and would fit in any Panorama Bar set in the famed Berghain.

Recommended If You Like: Abdulla Rashim, Marco Zenker, Ilian Tapes
Recommended Tracks: 2 (Getting Closer), 3 (Escape), 4 (Wrapped)
Do Not Play: None
Written by Mike Van Esler on 09/15/2016