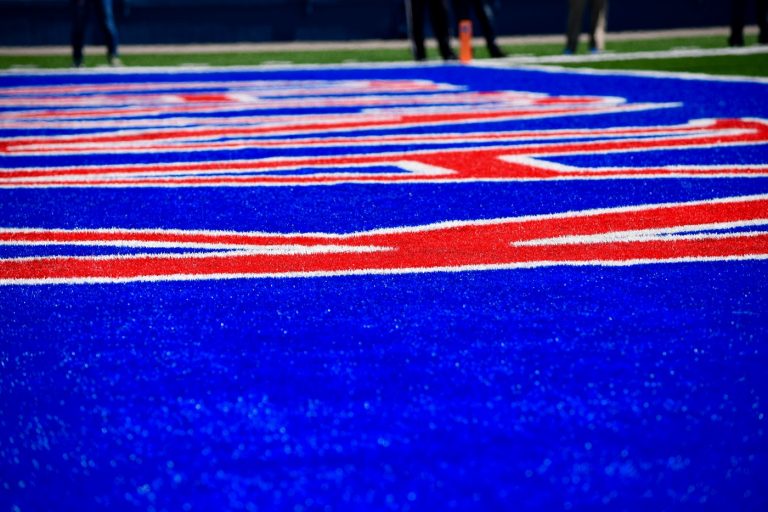 One of those habits went out the window as the Kansas Jayhawks pushed the TCU Horned Frogs to their limits by playing aggressive early on both sides of the ball.

The Jayhawks lost to TCU 24-23, the third single score loss against the Horned Frogs in as many seasons. KU (1-4) led 23-14 heading into the fourth quarter before TCU (4-2) scored 10 unanswered as the Jayhawks kicker Matthew Wyman missed three consecutive field goal attempts.

Ryan Willis jumpstarted the offense in his first start of the season, throwing for 345 yards on 31 of 45 passing, but also threw three interceptions and fumbled once.

The defense quickly put the pressure on TCU quarterback Kenny Hill, who finished the day with 206 yards passing on 17 of 32 attempts and three interceptions to just one passing touchdown. Hill added 36 yards rushing and one rushing touchdown.

After a KU three-and-out, Hill seemed to have a short memory as he threw a 34-yard pass to receiver Emanuel Porter. Before he could get rolling though, defensive end Dorance Armstrong got the strip sack on Hill with Damani Mosby, recovering a fumble at the TCU 44.

Willis took advantage of great field position as he commanded a 9-play 44 yard touchdown drive, capped off by running back Taylor Martin taking it in from one yard out to give KU its first lead over an FBS opponent this season.

Early in the second quarter, Willis was stripped on a sack inside his own 10 yard line by defensive end Mat Boesen. The fumble was recovered by defensive tackle Chris Bradley at the three yard line.

TCU running back Kyle Hicks easily punched it in for a three yard rushing touchdown to tie the game at 7.

KU looked to enter the half with a three point lead after kicker Matthew Wyman hit a 50-yard field goal with 3:48 to go in the second quarter, but TCU responded with 6-play 64-yard touchdown drive to take a 14-10 lead into the half. Hill picked up 26 yards on the ground, including an 18-yard touchdown run.

The Horned Frogs tried to carry their momentum into the second half, but Hill repeated his start to the first. Hill was picked off again by Stewart, this time after hitting his receiver Porter in the hands, only for the ball to bounce up in the air as he hit the ground.

The KU defense continued to stop TCU and give the Jayhawks offense good field position, but Willis and Co. were unable to make the most of it. KU twice settled for Wyman field goals, even after Gonzalez turned a short screen pass into a 67-yard reception to the TCU 3.

Safety Greg Allen set up the Jayhawks to go up two scores after picking off Hill and returning it to the TCU 25 with 1:13 remaining the third quarter. Ryan Willis immediately took advantage as he took off for a 21-yard rushing touchdown, crashing into three defenders at the goal line to give KU a 23-14 lead.

From there, it was all TCU. Kenny Hill turned what looked like a sack on 3rd-and-12 at the 50 yard line into a fumble recovery run for a first down at the KU 40, plus a 15-yard face mask penalty on Josh Ehambe. Hill followed up with a 25-yard touchdown pass to receiver Jaelen Austin, cutting the score to 23-21.

After Wyman missed the second of two field goal attempts that would have forced the Horned Frogs to score at least a touchdown, Hill drove TCU 59-yards to set up his kicker Brandon Hatfield for the go-ahead field goal with 1:21 remaining.

KU: KU had 89 offensive plays to TCU’s 66. The Jayhawks defense was able to continually get the Horned Frogs offense off the field. KU’s offense kept the chains moving and the defense never got tired. This is the “complementary” football Coach Beaty has been trying to establish.

TCU: Both TCU and KU were 3-4 converting in the red zone with a missed field goal a piece, but the Horned Frogs scored two touchdowns to the Jayhawks one. Settling for field goals may have cost KU, especially after Wyman missed his last three attempts.

KU: The Jayhawks missed a great opportunity to win their first Big 12 game in 14 tries, but their defense played a full four quarters of stingy football, and one quarterback completed a full game for the first time this season. Willis may have turned the ball over four times, but it was while the offense was aggressive and moving the chains. The job is his.

TCU: After the loss to Arkansas and last week’s 52-46 loss to Oklahoma, TCU couldn’t afford to lose to the lowly Jayhawks. A let-down game was understandable, but Kenny Hill will definitely need to play much better if the Horned Frogs hope to make some noise in the Big 12 this season.

The Jayhawks will head to Waco as they face Baylor on Oct. 15 at 2:30 p.m. The Bears (5-0) are coming off a bye week after winning a close call against the Iowa State Cyclones, 45-42. Senior quarterback Seth Russell enters the game with 1326 passing yards, 14 touchdowns to 4 interceptions and has completed 59 percent of his passes.