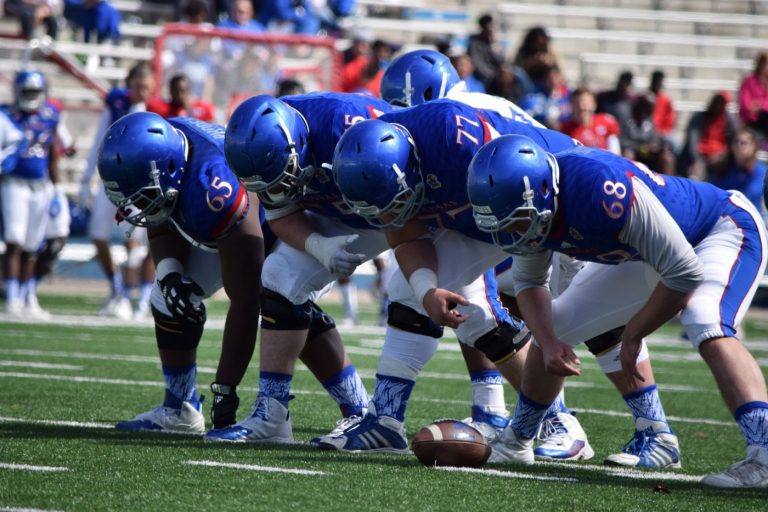 The Kansas Jayhawks have three games left, and Saturday’s home stand against the Iowa State Cyclones appears to be their best chance to win their second game of the season.

“They are a lot better than 1-8,” head coach David Beaty told the media on Tuesday. “They are the best 1-8 team in the country.”

The Cyclones will be lead by a two-headed quarterback attack. Against the Sooners, sophomore Jacob Park threw the ball to the tune of 160 yards and two passing touchdowns. Junior Joel Lanning would spell Park, but he did his work on the ground, gaining 61 yards and a touchdown.

The Jayhawks have spent the season trying to find one quarterback to hold the reigns for a period longer than a week.

Redshirt freshman quarterback Carter Stanley will get his first start of the season on Saturday.

Stanley threw for 127 yards and two touchdowns with one interception after replacing an injured Montell Cozart in the third quarter against West Virginia.

Cozart left the game after entering the concussion protocol. He was cleared to play on Saturday, but Stanley still got the nod.

Sophomore defensive tackle Daniel Wise was reinstated by the Big 12 after getting ejected for throwing a punch against West Virginia. Wise and Dorance Armstrong will be tasked with limiting an Iowa State offense that averaged 390 yards over the last two weeks against Kansas State and Oklahoma.

Keys to the Game

KU: The rush defense has to play better this week. The Jayhawks have allowed over 200 yards rushing each of the last four games, including 341 by the West Virginia Mountaineers. The Cyclones do not have a strong rushing attack, but they have averaged 142 yards rushing over the last two weeks against the Big 12’s top rush defenses in the Wildcats and the Sooners.

ISU: Start fast and overcome “Lawrence lag.” The Jayhawks have had their best outings during 11 a.m. home games where their opponents have got off to sluggish starts. KU led both TCU and Oklahoma State for most of the first half in each of those contests.