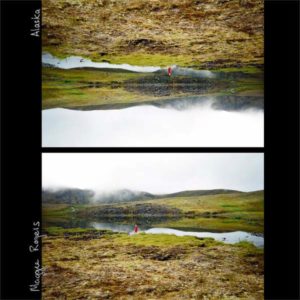 Maggie Rogers’ career was launched earlier this year by the praise and endorsement of Pharrell Williams. Ordinarily, that fact alone might turn away a KJHK reviewer. But fortunately, this reviewer didn’t know that before listening. “Alaska” is a perfectly satisfying single with a cool electronic-based beat and snappy acoustic foreground. Its allegiance to the pop sphere is visible, but its lyrics still feel folksy enough to balance it out. These lyrics, when read directly from the liner notes, do seem rather bland and shallow, but they’re delivered in such a way that that is masked. The musical merit of such a phenomenon is debatable. Regardless, “Alaska” comes through as a quality single, and shows that Rogers is a quality artist with the potential to positively influence pop music.

Recommended If You Like: Songs titled after places, songs that Pharrell Williams likes.
Recommended Tracks: 1 (Alaska)
Do Not Play: None
Written by Joe Underwood on 12/02/2016