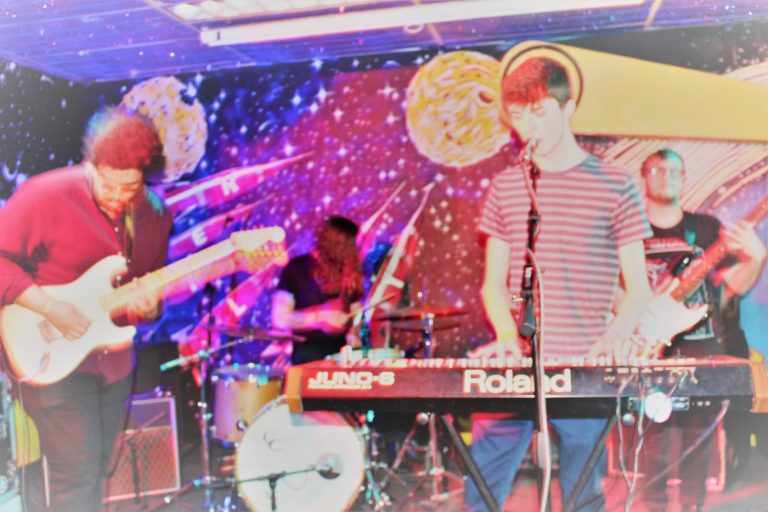 The Chimerical Sounds of Grim Repeater

At a concert, one can only trust the human that they stand in front of to provide them with mesmerizing melodies and bodacious beats capable of ensuing a burst of emotions to be felt somewhere in the stomach, heart, or think-tank area. Grim Repeater made me feel these exact emotions as I stood and consumed the funky, eclectic sound waves into my ear cana 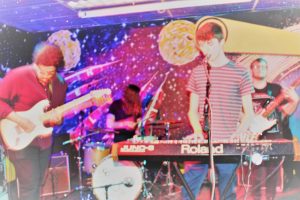 I had heard some of the songs produced by Grim Repeater which is the tasteful work of  KJHK’s own Doug Bybee before from an endearing friend who knows what good ear milk is. Upon initially hearing it, I was sold by the free use of hypnotic melodies on top of a solid bass rhythm. It reminded me of something off of a late night bump in between an Adult Swim program, sounds that one can get lost in with vocals that draw you in softly.

For this live performance, the Grim Peter shared the stage with bassist John McCain, electric guitarist Carlos Calderon and drummer Tanner Spreer which highlighted the dynamics of the musical pieces. It was the first time that the band had performed together in front of an audience yet a cool and collected persona were they, prepared to lay out some musical fodder for the beat-hungry audience. The stage was full of good vibes that radiated outward into the crowd as they 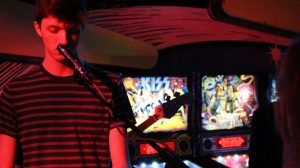 started the night with dank harmonics from the synthesizer and the guitar screeched and funked in melodic fusion with, as it naturally should be, the colorful bass and rhythmic drums. I firmly appreciated the way vocals were introduced into the performance as many of the songs performed truly were, in my humblest opinion, solid works of art without vocals but the sporadic add-in of the Grim Peter’s soothing voice added a stellar and fulfilling touch to the show.

Watching the artist at work was just the item needed at the end of a long week. Definitely the type of music one would listen to at the end of the day when studying or trying to settle thoughts and inner disputes. Or maybe at the beginning of the day as to start off with cerebral thoughts and peaceful vibes like that of a poifect bweckfest. Or better yet, how about anytime you’re in the mood for something that just stands for what good, colorful music should and can be? What should be known is that all moments are solid, my friend. 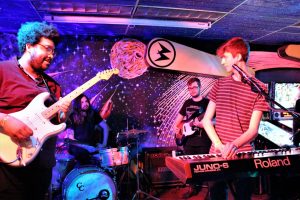