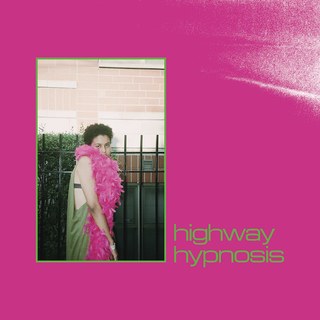 In her third album under the moniker Sneaks, Eva Moolchan stays true to her short, punchy, and understated origins. Certainly, the D.C. based artist has always favored brevity, and her latest release is no exception: Highway Hypnosis clocks in at a modest 29 minutes in duration, with no track on the album extending past the three minute mark.

The opening track “Highway Hypnosis” unwraps the album with slow-tempo chanting hinting toward the mantric, repetitive lyricism core to the album. Parodying promotion of her release, Moolchan acts as an overexcited fan, overlaying squeaky vocals throughout the track. “Saiditzoneza” follows later with a capitaviting hip-hop beat and urban flair. Later yet, “Holy Cow Never Saw a Girl Like Her” marks a brief stylistic return to the fast-paced, post-punk basslines of previous releases. Fearless and captivating, Highway Hypnosis demonstrates Sneaks’ breakout progression from the punk scene to a solo sound all her own.

Recommended If You Like: M.I.A., Princess Nokia
Recommended Tracks: 6 (Saiditzoneza), 8 (Cinnamon), 9 (Holy Cow Never Saw a Girl Like Her)
Do Not Play: none
Written by Madeline Connor on 02/20/2019