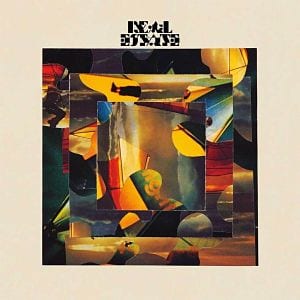 Indie pop-rock band Real Estate returns after nearly three years without any new music to deliver a summery single, “Paper Cup,” as the lead single to their upcoming album, The Main Thing, slated to release later this month on February 28. With inspirations from Pavement, Built to Spill, and The Feelies rooted in them from the days of, well Days (2011) to their most recent output, the lighthearted jangle pop sound presented on Paper Cup isn’t much of a left hook from them, seeming to continue honing in on this sound rather than taking more of a risk, for better or worse. The sound is fairly typical for this realm of music with its light drums, looming synths, and soft vocals. The repetitive lyrics about the motions of daily life and the search for meaning within it is only somewhat relatable and don’t seem to display anything profound or engaging. “Paper Cup” is also repetitive structurally, dragging on for around a minute longer than the radio edit, which gives us pretty much the exact same content as the original. Overall, this lead single is the musical equivalent of bright yellow wallpaper. Nothing musically-offensive, or even bad — I just hope the rest of the album is more bold and just as summery instead of being the rest of the roll of wallpaper.

Recommended If You Like: Morrissey, Mac DeMarco
Recommended Tracks: Paper Cup
Do Not Play: None
Written by Fernando Claudio-Lopez on 02/17/2020