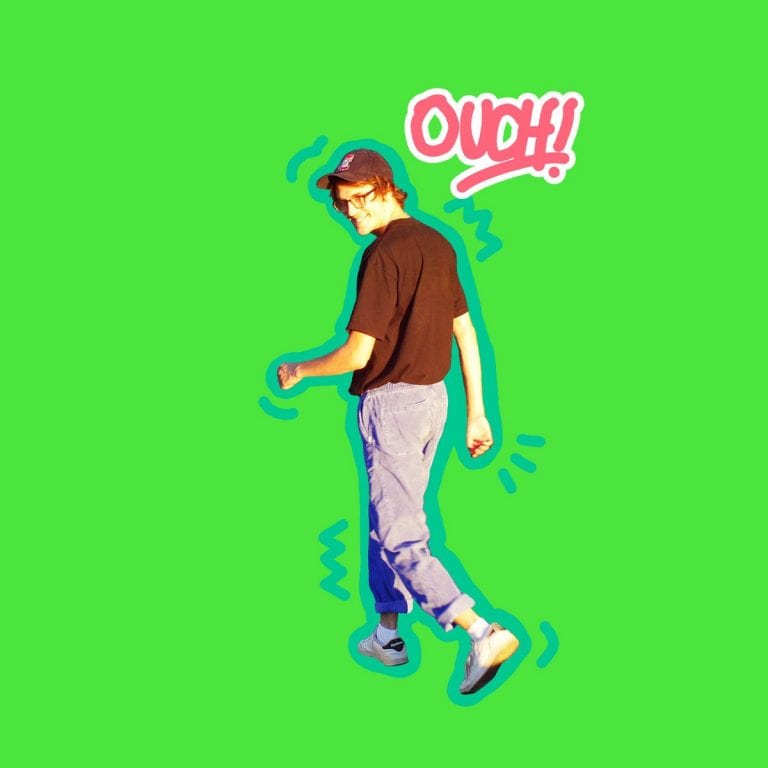 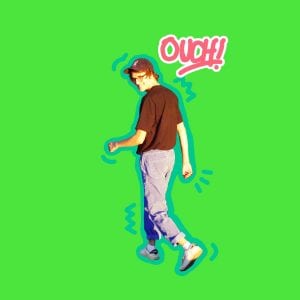 I’ll be honest—when I heard that comedian/podcaster Matt Watson was releasing an album I got a little nervous. Excluding my brief Weird Al phase as a ten year old, I have never really been a fan of comedy music. Some of the comedy singles Matt Watson released—”COVID-19 Type Beat” or “I’m In Love With My Dad,” for example—I found hilarious and enjoyed, but they were never anything I would listen to in my free time. However, once he clarified that this EP would be completely serious music, I had no idea what to expect, but I was excited nonetheless. Once the album finally came out it felt relieving to finally hear what type of sound he had in mind. Additionally, Ouch!, like many projects coming out this year, is a product of early-quarantine isolation. After my first listen it was clear that Matt had plenty of time to sharpen his production chops and release something worthwhile while hiding away in his apartment. Combining elements of lo-fi indie rock and bedroom-pop, Watson proves himself as more than a jokester and provides a promising look at what is to come in his future music career.

The opening track, “Jello,” provides a fitting overture that has a nice transition into the next track, “Come Over.” The playful synths are reminiscent of a retro video game. The lyrics of this track discuss themes of life not being exactly perfect but Matt is kind of indifferent to that—“Can’t complain at all.” My favorite lyrics on this track are “I wish I pushed myself all the way / I wish I wasn’t tired every day,” something anyone growing up can relate to. “Nokia” has some really catchy percussion mixed with some chirpy synths, and Matt flexes his rap-esque delivery. This track is followed by my personal favorite song, “Margie,” which has a guitar riff that is undeniably catchy and an extremely groovy baseline that ties the production together nicely. Matt discusses getting over a tough breakup and the conflicting emotions that come with moving on. It also has my favorite line and the most emo lyric of the EP, “I wouldn’t sell my soul for nothin’.” The breakdown towards the end gives me chills every time. This is the soundtrack to my fall walks around town lately.

Some of the few critiques of the EP I saw online were addressing the vocals and how people wanted them to be louder, but muffled vocals are easily my favorite aspect of lo-fi music in general. It’s what makes early projects from artists like Car Seat Headrest so appealing and fun to revisit.

At the end of the day, Matt Watson isn’t making anything groundbreaking or next level, but there is nothing wrong with that. This EP is consistent, fun, laid-back, and I really enjoy it. With the closing track, “Sleep Tight,” Matt gives a lovely conclusion that has a relevant title. It feels like you are being tucked in for the night—a calming good night from an EP that adds the “bedroom” to all the genres being explored throughout the comedian’s debut project.