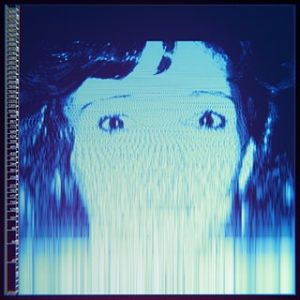 The Avalanches: We Will Always Love You

“Where do I fit into this whole flow of energy?” asked Robbie Chater, one half of acclaimed electronic duo The Avalanches, in an interview with The New York Times. While Chater may have posed this question in the context of sampling old records, it is a question that the duo’s newest album, We Will Always Love You, seems to ask as a whole. Chater and his musical partner Tony Di Blasi reported being inspired by the Golden Records–two 12-inch records aboard the Voyager, drifting in space, containing various sounds from earth, waiting to be heard by extraterrestrial ears. It comes as no surprise that WWALY is cosmos-themed, dealing with grand concepts such as light, energy, loss, and the afterlife. These concepts play out in many of the voice concepts and lyrical passages throughout the album, but it’s the celestial sonic landscapes that seal the deal. While their previous two albums certainly transport listeners into new worlds with tapestries of samples, We Will Always Love You feels different. It is still primarily created from hundreds of samples, but it also sees The Avalanches adding live instrumentation and an abundance of features and collaborators in order to create the dreamy universe they set out to explore.

This is not the first time The Avalanches have experimented with adding guest vocalists and musicians to their music. 2016’s Wildflower featured contributions from high profile artists such as Danny Brown, MF Doom, and Toro y Moi. We Will Always Love You’s feature list is much more extensive, featuring MGMT, Leon Bridges, Blood Orange, Kurt Vile, Rivers Cuomo, Sampa the Great, Denzel Curry, Pink Siifu, Jamie xx, and several others. Chater described finding the right vocalist for a track as “almost like sampling.” This album is certainly a new sound for the group, though, in a way, it is also a synthesis of the sounds of both Wildflower and their debut cult-darling Since I Left You (2000). While Wildflower and it’s few features gave us some of the best Avalanches tracks in existence, such as “Because I’m Me” and “Frankie Sinatra,” the album is tied together with strange voice samples and field sounds, and feels like a less cohesive journey than their breezy debut. We Will Always Love You is the best of both worlds. It features great, stand-alone collaborative tracks like “Take Care in Your Dreaming”– which contains great verses from rappers Denzel Curry and Sampa the Great–and “Running Red Lights”–an sunshiney electro-pop tune featuring Rivers Cuomo of Weezer. Yet the album flows smoothly, with interconnected themes and great transitions. In addition, tracks like “Music Makes Me High” and “Born To Lose” sound like classic Avalanches songs, ones that could easily fit on Since I Left You.

We Will Always Love You deals heavily with loss. “Ghost Story” opens the album with a spoken passage by Superorganism’s Orono Noguchi that sounds like a voicemail by someone who has left suddenly. The passage ends with the speaker saying they “will always love you.” While it is unclear whether this implies the end of a relationship or the death of a loved one, the idea of death and the afterlife pervades the album. In the world of We Will Always Love You, those lost are never really gone, and a cosmic energy connects souls for eternity. Tracks like the danceable “We Go On,” the Jamie xx-tinged “Wherever You Go,” and the transitory track “Solitary Ceremonies” loosely examine this concept. The album invites interpretation and connection on a personal level, though it is clear that music is to be celebrated and is a way to connect with those gone. One song even contains lyrics taken from a song by the late David Berman; a tribute to the beloved indie singer who passed away in 2019.

The Avalanches crafted WWALY as a testament to the powerful force of music. This is explored in songs like the disco-esque “Music Makes Me High” and it’s sister track “Music is the Light,” but is embodied by the album itself. Despite the somber, at times introspective subject matter(s), We Will Always Love You is at its core music that demands dancing. There is no shortage of upbeat, celebratory tracks that cannot help but at least conjure foot tapping. Dark lyrics or vocal passages are often juxtaposed with spirited, airy instrumentals, such as on “Running Red Lights” and “Gold Sky.” Through this The Avalanches show music as a way to deal with hardship and loss, things that everyone has felt in 2020. The Avalanches’ projects have always celebrated music; it’s in the nature of their craft–taking bits of existing music to make something new. But We Will Always Love You addresses this idea directly, and presents music as an energy force that seems to connect all things–living, dead, or somewhere in between.

The album’s only shortcoming is perhaps it’s length. Clocking in at an hour and eleven minutes, it is slightly longer than The Avalanches’ previous two records. It is not a deal-breaker, though it is hard not to think that later, weaker tracks like “Born to Lose” and “Music is the Light,” could have been cut to make for a tighter listen. Still, We Will Always Love You is a journey worth taking, one that feels like a relevant ending to a difficult year, and one that illustrates the healing power of music.