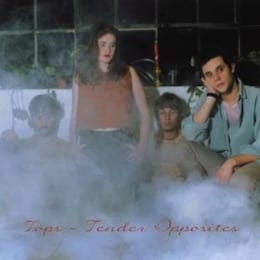 A nice album to welcome in the Spring.

TOPS is a Montreal 4 piece with a light, dreamy sound. It’s like if you took a blender and made yourself a music power smoothie with one part 70’s soft rock, one part disco, and a dash of shoegaze. “Diamond Look” is one of those songs you put on a roadtrip mixtape. Ryan Gosling probably would’ve played the shit out of that song in “Drive”. This is perfect Springtime album to roll your windows down and cruise to, give it a whirl!