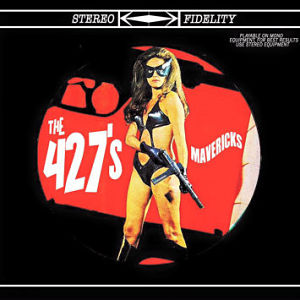 Canadian surf-noir band, The 427’s, has released its debut album, Mavericks. This 100% instrumental album is tons o’ fun and sprinkled sparingly with vintage film samples. The surf rock theme is present throughout, and many tracks have a distinct soundtrack kind of feel. The tracks stay short and sweet, which is a plus because without any vocals longer tracks would get stale.

Any track would work but some recommend tracks would be “The Spy Invasion,” “Night of the Living Surf,” and “Urchin Stomp.” There is a hidden track that follows the tenth but you have to wait 15 minutes to hear it and it is not anything superior to the official track list.