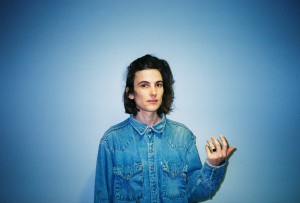 Number one on our chart this week is Is The Is Are, a lengthy sophomore release from Brooklyn indie rock group DIIV (pronounced Dive, supposedly named after the Nirvana song of the same name). Zachary Cole Smith, vocalist, guitarist, and producer of DIIV, gives more breathing room to other creators in the group on this release, a move that pays off, especially when looking at contributions from bassist Devin Ruben Perez. Is The Is Are lets Perez’s rhythm lead tracks instead of having guitar dominate on every track. It is a dreamy release from label Captured Tracks that knows just when to get spacey, but it never becomes disjointed enough to lose listeners who don’t want to be challenged or jarred, and is admirable for it’s rawness and lyrical content.

Following up DIIV is Dr. Dog, our number one from last week, with their ninth studio album The Psychedelic Swamp. The album, released on Anti-, revives songs from Dr. Dog’s first attempt at an album, 2001’s unreleased Psychedelic Swamp. Despite some critical reviews that say the album lacks the reinvention it claims, the album does experiment and challenge previous notions of what Dr. Dog’s sound must be. The group experiments with definite articles, lead vocalists, gets gritty, dreamy, and smooth, and seems to be grasping the digital age without losing their warmth and low-fi loveliness.

Number three this week is  Leave Me Alone. This is the debut album from Femme FM friendly Madrid group Hinds, and it has seen some killer success for a debut from a very young group. The album hearkens to popular artists of late like Girlpool and Courtney Barnett, and like both of those artists is a combination of cutting and coddling. 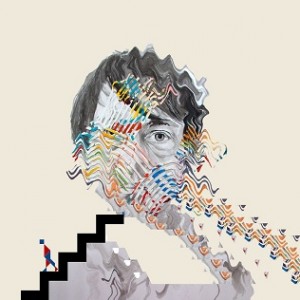 itting at number four this week is an album with a release that felt like a floodgate of hype being opened up; Animal Collective’s tenth album, Painting With. In comparison to the ridiculousness of hype Kanye’s The Life of Pablo had (has?) it may seem minuscule, but nonetheless this release from Domino has been four years in the making and is already gearing up to be one of the bigger albums of this spring. The experimental electronic/pop group is 17 years into their existence and still pushing the boundaries of their genre, and they don’t seem to be stopping.

Rounding out our top five? Out of left field, The 427’s with Mavericks. This Canadian group creates groovy instrumental surf noir that mingles with vintage film samples. This LP is hellishly enjoyable and fanciful, and has a Spaghetti Western, James Bond-esque croon of mystery.

New to our chart this week: The 427’s with Mavericks, James Hunter Six with Hold On!, The Donkeys with Midnight Palms, The Cave Singers with Banshee, Basement with Promise Everything, and The Ovaries-eez with I Saw You In My Dream.