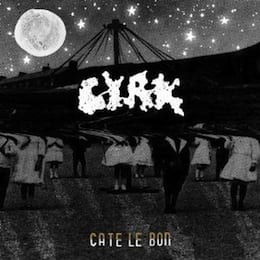 I have a sweet spot for Cate Le Bon. Her debut album was the first album I ever played as a DJ here at KJ. This album has some subtle growth compared to her first album, Me Oh My. But it is definitely better and showcases her mellow synth-driven rock sound. The synths are a lot less prevalent in this album than the latter but they are still what propels the album forward. Her Welsh accent is darling and adds a great element of differentiation to the album. I was so sad when I missed her in Lawrence last semester but if this album is any indication, she will be a headliner next time through.