At the Granada with Astronautalis on Sept. 30.

Yoni Wolf, backed by his band, Why?, stopped by the Granada on Sept. 30 to play a 17 song setlist promoting the release of their most recent EP, The Golden Ticket, as well as their 2012 full-length release Mumps, etc. Why?, a group that is best known for their perverse lyrics, ranging vocals, and distinct indie-meets-hip-hop blend of sound, did not disappoint the select Lawrence residents who came out to see the show. Opening up the show with “Waterfalls,” a somber track from their album “Elephant Eyelash,” the band’s energy livened up the crowd through songs including the Alopecia hits, “Good Friday,” “These Few Presidents,” “The Vowels, Pt. 2” and intermingling tracks from Eskimo Snow and Elephant Eyelash.

Having listened to Why? for the past 3 years, and this being the first time seeing the band perform live, I was amazed at the intricacies and the complexities of their live-performances. Two drum-sets, equipped with xylophones and jam-blocks, and hit most frequently with soft mallets to provide the driving force behind the band’s music was a fascinating technique and really demonstrates how much time Why? has put into their sound over the course of the band’s existence.  This effort did not go unnoticed, the band performed with an amount of precision that is not always noticeable with other performers.

The band’s encore is something that is worth mentioning. To promote the release of their Golden Ticket EP, singer/song-writer Yoni Wolf had prepared a song for an audience member by using his facebook profile to gather information about him—a method that Wolf had used while writing all of the tracks for the Golden Ticket EP. Unfortunately, that audience member was not able to hear the song that the band had prepared. A comical moment arose out of this disappointment as the band discussed the possibilities of what this missing fan was doing instead of attending the show.

Astronautalis, the opening act, also delivered a noteworthy performance. His lyricism and fluency was a spectacle to observe, and he demonstrated his fascinating skills when he rapped a song off of the top of his head with topic requests from the audience in a “Whose Line Is It Anyway?” fashion.

Both of these artists are recommended for fans of indie music as well as hip-hop music. Give them a listen if you haven’t already, and be prepared to catch them in future performances. 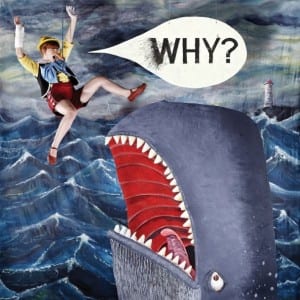 A Sky for Shoeing Horses Under

By Torpedo or Crohn’s