The Station Manager learned how not to sleep for a week in NYC! Also Haim happened (!), and brace yourselves, Chance the Rapper is coming…

As I write this, it’s Halloween, and three weeks ago today Haim played to a filled-to-the-brim Granada.  It was a great show that couldn’t have happened at a better time.  Thanks to SUA for partnering with KJHK to bring the Haim sisters and thanks to everybody who came out for a great night!

Don’t get comfortable, Lawrence.  Our second big show of the semester quickly approaches.  Chance the Rapper, the Chicago native known for his particularly acidic brand of rap, comes to Liberty Hall Sunday, November 10.  Ticket vendors have reported being sold out of their tickets already, which is true, BUT you can still snag a ticket through the KU Union Programs Box Office (open M-F 9-5).  This show will sell out, so don’t be that guy. 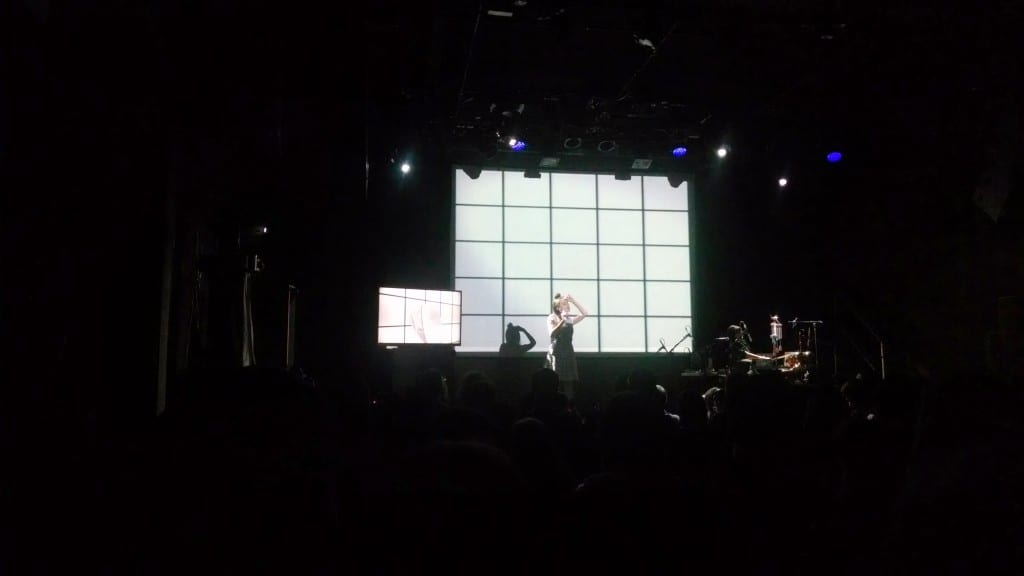 If you didn’t already pick up on it, we at KJHK hang our hats on bringing the best and newest indie selections to your ears.  We also try to keep things a little weird.  With that in mind two weeks ago I ran off to New York City for this year’s CMJ Music Marathon.  It was my task to run all over the Lower East Side, West Village, and Brooklyn, and sleep-be-damned, see as many bands as I possibly could.  It was a blast.  The cold promptly kicked in after getting back to LFK, but who cares. It was worth it.

Among my favorites were Black Taxi, a Brooklyn band whose energetic lead singer and occasional trumpeter (I use that term loosely, but it was still surprisingly tasteful) had the crowd in the palm of his hand.  Check them out!  I’m a fan of more electronic-leaning  and soul/funk sounds, so some other favorites were Glasser, Hockey, and Pattern Is Movement (they played this, nailed it, and I might’ve shed some man tears).  The Seattle indie station, KEXP, took over a church hall for the week and hosted bands all day playing live broadcast sets.  I caught Ski Lodge and The Helio Sequence, among others. 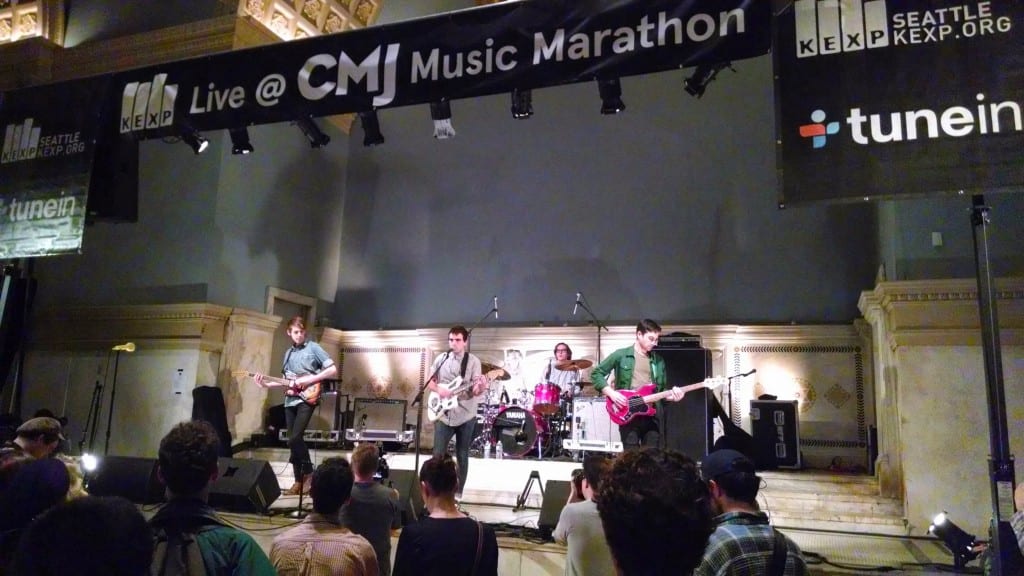 If there was one thing to take away from the College Radio Day panels, it was an enormous sense of KJHK pride.  There were representatives from stations in large media markets, stations broadcasting solely on terrestrial (fancy talk for FM) radio, and stations devoted only to internet broadcast.  I stole lots of ideas (shout out to KUOM in Minneapolis), but honestly, for the size of Lawrence, I can confidently say the staff and DJs at KJHK do a damn good job providing extremely diverse content across several platforms.  There weren’t many completely student-run stations broadcasting on FM, Internet (fun fact: KJHK was the first college station to broadcast online), producing original news, sports and musical content that also boasted a comprehensive iPhone app.

One final CMJ thought: despite the fact that we can now discover and access music in so many different ways, radio, especially college radio, will always have a place.  It’s impossible to completely replace the human element you get when you turn on the radio to hear a DJ’s taste, developed over a long period of time and influenced by other humans’ tastes, and listen to a well-prepared set.  Pandora can only get so creative, and Pitchfork, well, is Pitchfork.  As long as we keep things fresh and weird, KJHK will offer a certain listening experience that can’t be reproduced anywhere else.

** Hey freeloaders! Stay tuned to KJHK on Facebook and Twitter because we’re giving away some Chance the Rapper tickets in the near future. 😉