The Rinse Out Is Back In Session

MVE and the Rinse Out are ready to shell down the airwaves of Lawrence once again.
School is back in session and so is electronic music on KJHK.  This month’s blog looks at three recent releases that are pushing the scene forward.

Slackk – Palm Tree Fire (Local Action): Slackk, who runs the British instrumental grime club night Boxed with Mr. Mitch, Oil Gang, and Mr. Mitch, has been at the forefront of the resurgence in instrumental grime the past year or two. This new wave of instrumental grime (although some producers do not see the need for the distinction) harkens back to the early days of grime at the beginning of the 21st century. Instead of heavily borrowing from US rap producers, artists like Slackk are creating sparser tracks with more daring samples and presets. Palm Tree Fire begins with the eponymous track and synth bass line that would not sound out of place on a 16-bit generation video game console. Like most of the new wave of grime instrumentation, the tracks on this album fall between 130 and 140 BPM, breaking from the longstanding grime tradition of solely 140 BPM tracks.

Slackk also carries on his (perhaps unconscious) fascination with what can be called sino-grime, as many of the tracks sound heavily influenced by Chinese opera. He does appear to be cognizant of the connections, however, as tracks like “Crafty Tiger” and “Three Kingdoms” (not to mention his previous album Minor Triads) suggest a Far East influence. While most of these tracks won’t bring down the floor at a rave, they are great on their own. 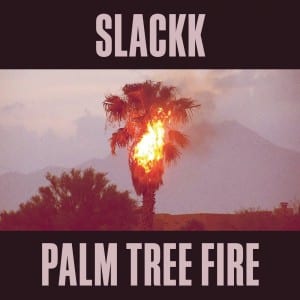 Dark0 – Fate EP (Gobstopper): This EP, on the other hand, is packed with six tracks that could each make the dance go off when dropped by the DJ. Dark0 has had a meteoric rise in the grime scene the past year and the Fate EP is his true coming out party. Eagerly anticipated for months, Fate is a near perfect embodiment of the close relationship that grime and videogames share. While in the past artists like Dizzee Rascal and D Double E have used fighting games like Street Fighter as sources for samples, Dark0 utilizes classic RPGs such as Final Fantasy and Chrono Trigger as his inspiration. “Mako March”, for instance, samples a classic theme from Final Fantasy VII in a way that should make fans of the game excited upon hearing the first notes. Amethyst is one of the best tracks on the EP with a bevy of crystal-y synths balancing out the grime-y drum programming and leads perfectly into the next track, “Gaia.”  The track samples Chrono Trigger in an inventive way, using a melody from the game as a counterpoint to the hard snares and hi-hats that punctuate the track. Take note people interested in using videogame samples: this is how it is done. 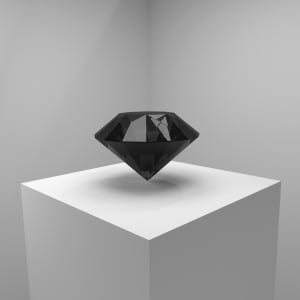 Rustie – Green Language (Warp): Rustie’s 2011 Glass Swords served a powerful opening statement from the Glaswegian artist. It was a coherent, energetic album that really pushed the maximalist wonky sound forward. Three years later, his follow-up is a bit disappointing. Not that it is a bad album; it isn’t. The panache that oozed from the first album appears to be gone, however. In its place are attempts to follow other trendy sounds and an incoherent collection of tracks that want to be everything but are closer to nothing. Rustie has included features on tracks that range from good (D Double E on “Up Down”) to bad (Danny Brown on “Attak”—although that might just be my general disinterest in Danny Brown). In general, I think Rustie’s productions work better with features, so it was a bit of a disappointment to see so many of them on the album.

I can’t help but think, though, that this is an album full of singles. The lack of a coherent sound isn’t necessarily a criticism in and of itself; I just wonder why these weren’t released as singles (aside from the mythic and reverent status the album occupies in the non-dance music world). The album is worth checking out, though, as there are some brilliant tracks included on it, such as “Velcro” and “Let’s Spiral.”

And in case you were wondering what the Rinse Out is all about, I’ve included a mix that covers the gamut of sounds that are played on the show. Enjoy!

The Rinse Out September Mix by Mike Van Esler on Mixcloud